Get Listening with Lerner!

This month, we're extending a warm welcome to Lerner Publishing - the newest addition to the Tales2go family. There's something for everyone in this latest batch of titles - from science to celebrity biographies to sports, and even some new series. For a full list of all the latest additions to the library, download the full catalog and look at the "Recently Added" tab. Without further ado, let's take a look at just a small sampling of what Lerner Publishing is sharing with us! 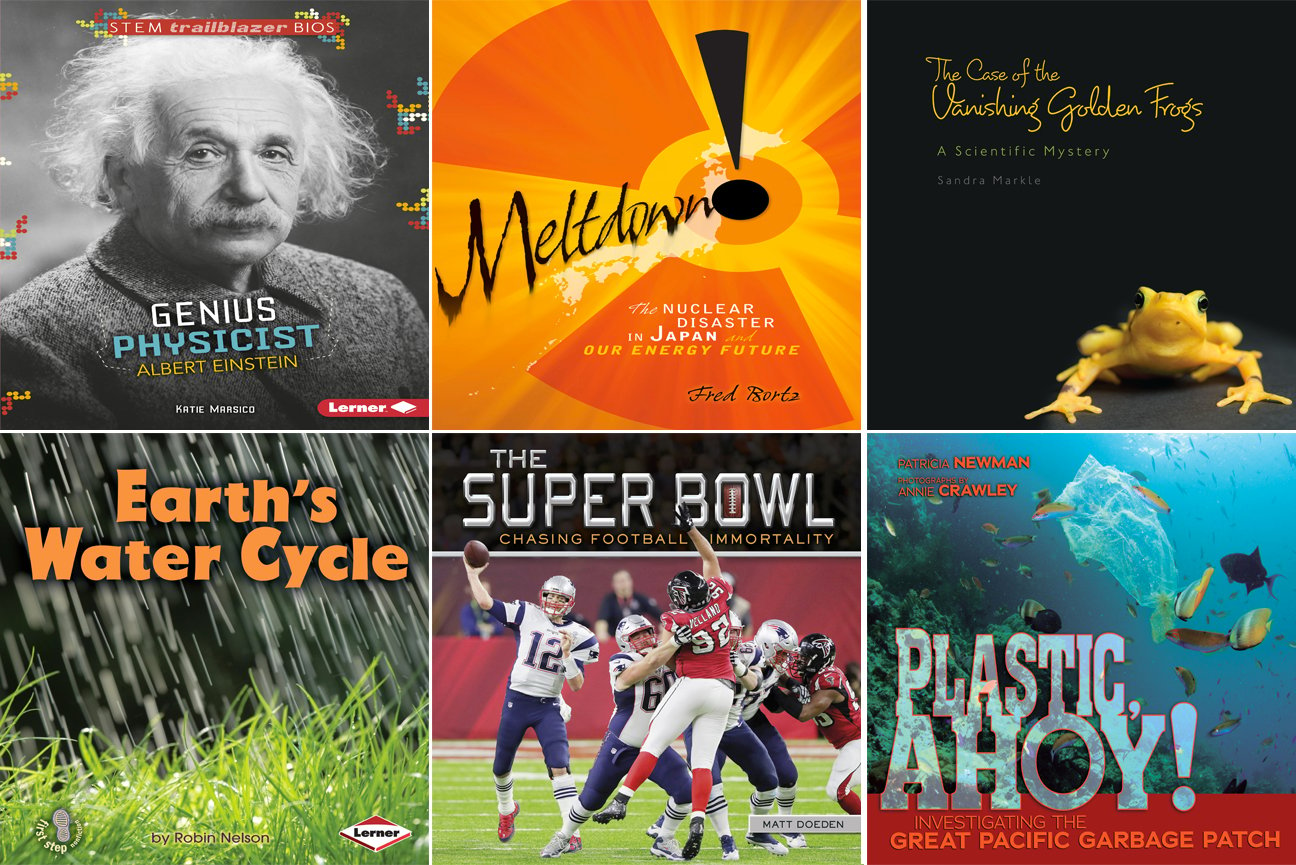 Plastic: it's used to make everything from drink bottles and bags to toys and toothbrushes. But what happens when it ends up where it doesn't belong—like in the Pacific Ocean? How does it affect ocean life? Is it dangerous? And exactly how much is out there? A team of researchers went on a scientific expedition to find out. They explored the Great Pacific Garbage Patch, where millions of pieces of plastic have collected. The plastic has drifted there from rivers, beaches, and ocean traffic all over the world. Most of it has broken down into tiny pieces the size of confetti. For nearly three weeks at sea, researchers gathered bits of plastic and ocean organisms. These samples helped them learn more about the effects of plastic in the ocean. Follow along on the expedition to find out how scientists studied the Garbage Patch—and what alarming discoveries they made.

The National Football League (NFL) is the most popular sports league in the United States, and the Super Bowl is its grandest stage. The incredible runs, the gutsy defensive stands, and the game-winning touchdown throws are all here. Award-winning sports author Matt Doeden explores the history of the Super Bowl and covers the championship game's greatest moments, from Vince Lombardi leading the Green Bay Packers to victory in Super Bowl I to Tom Brady and the New England Patriots coming from 25 points behind to win Super Bowl LI. Don't miss the thrills and the fanfare of the biggest game of the year.

Electricity powers lights, computers, and television sets. But have you seen how electricity can make objects stick together? Or make other objects pull apart? Now you can! Explore electricity with the fun experiments you'll find in this book. As part of the Searchlight Books™ collection, this series sheds light on a key science question - "How Does Energy Work?" Hands-on experiments, interesting photos, and useful diagrams will help you find the answer! 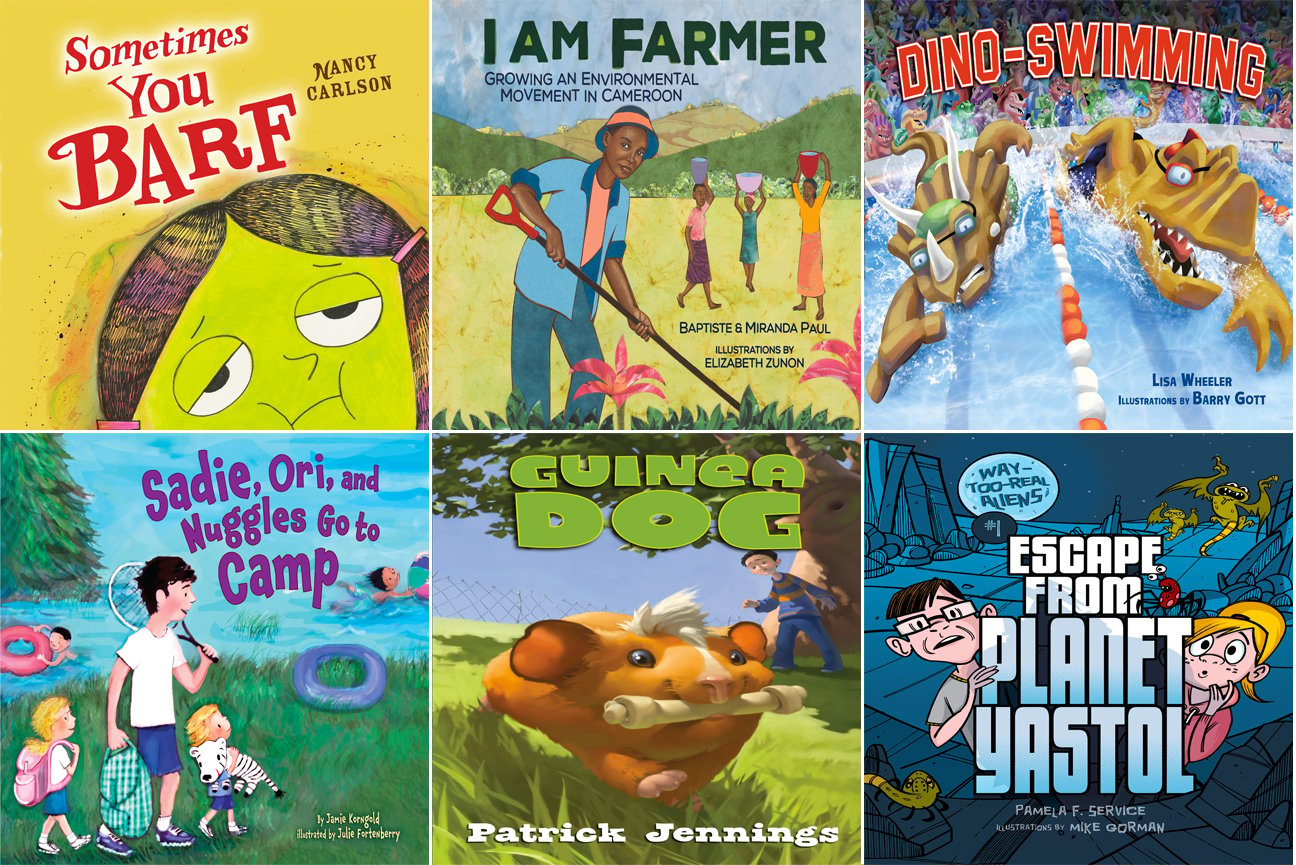 Sometimes You Barf by Nancy Carlson

Everybody barfs. Dogs, cats, chickens, alligators, and even you. It happens to everyone, and sometimes it even happens . . . at school. With her characteristic humor and compassion, Nancy Carlson helps young readers through what is often a scary and embarrassing rite of passage. Sometimes you barf. But it's OK. You get better!

Rufus has been dreaming of getting a dog. His best friend has one. His worst friend has one. But his dad has a few objections: They whine. They gnaw. They bark. They scratch. They beg. They drool. Rufus pays no attention when his mom offers her think-outside-the-box suggestion, because she can't be serious. She can't be. She can be. And she actually comes home with a guinea pig. And if Rufus's dad thinks dogs are a problem, he won't know what hit him when he meets the Guinea Pig That Thinks She's a Dog. She barks. She bites. She'll eat your homework.

I Am A Farmer: Growing an Environmental Movement in Cameroon by Miranda and Baptiste Paul

Discover the true story of how environmentalist Farmer Tantoh is transforming the landscape in his home country of Cameroon. When Tantoh Nforba was a child, his fellow students mocked him for his interest in gardening. Today he's an environmental hero, bringing clean water and bountiful gardens to the central African nation of Cameroon. Authors Miranda Paul and Baptiste Paul share Farmer Tantoh's inspiring story.

Titles for Teens (and Tweens) 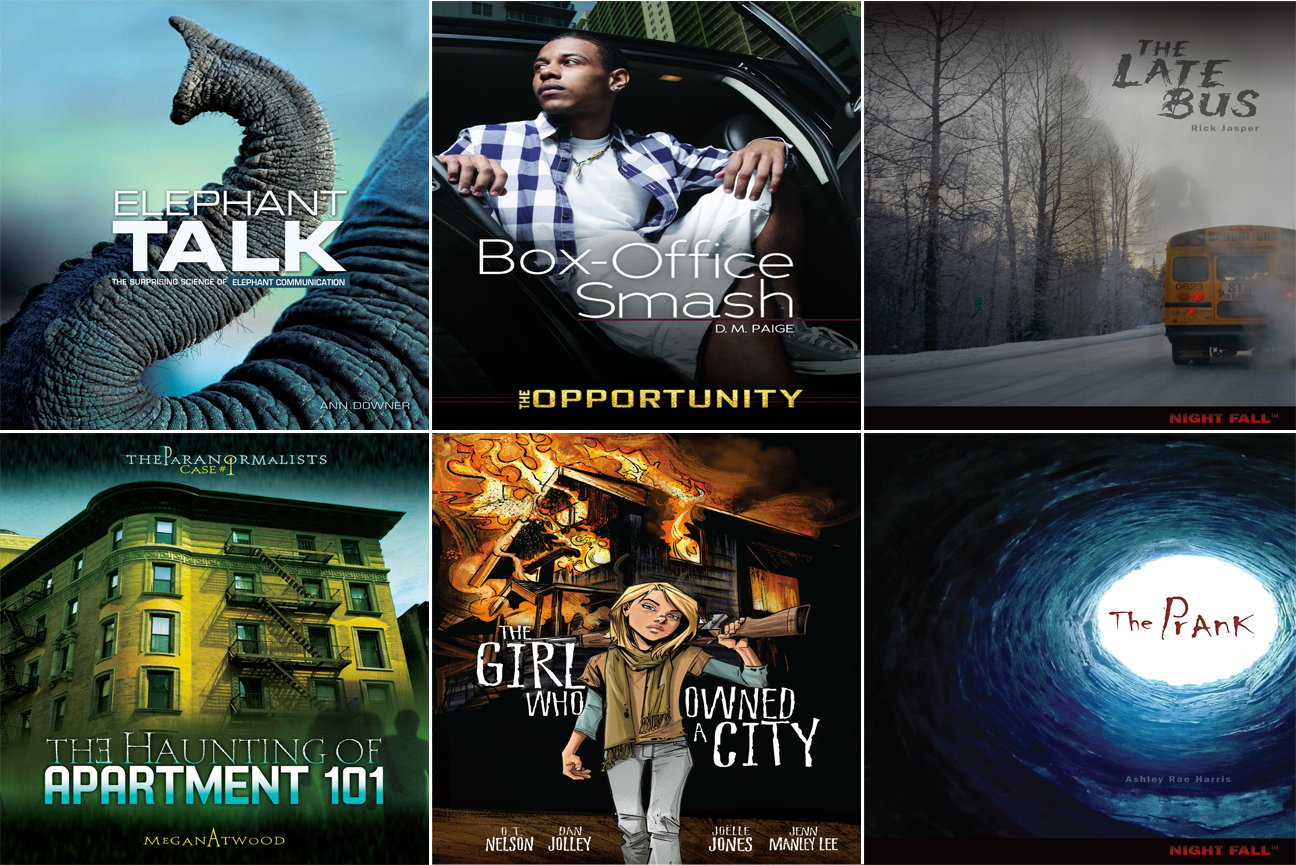 On a hot day in the African savannah, a group of elephants searches for food. While foraging they often lose sight of one another. Yet at the end of the day, in one coordinated movement, the elephants suddenly regroup. This coordinated movement—and others like it—has puzzled scientists and caused them to question how elephants communicate with each other. Since the 1990s, scientists have gathered significant data on elephant “talk.” Biologists have determined that elephants use a complex system of communication of at least ten distinct sounds, combined in many variations. Researchers are now asking: what do these sounds mean? Threatened by habitat loss and illegally hunted for their ivory tusks, elephants are on the brink of extinction. Will understanding elephant talk be the key to saving the species?

The Haunting of Apartment 101 by Margaret Atwood

"Jinx felt something rumble through the room. She began to shake and moved closer to Jackson. "Do you feel that?" she whispered. Jackson nodded. When Jinx glanced at him, his face had turned bright white. As if he'd seen a ghost.". . . When a popular girl named Emily asks Jinx and Jackson to explore a haunting in her dad's apartment, Jackson insists they take the case. And the truth they find is even stranger than Emily's story.

Jason can't believe his luck when he opens the letter from his high school's wealthy alum Harmon Holt telling him he'll be interning on a movie set in LA. Even better, it's with one of his favorite horror-movie directors. But it turns out the road to the big time is paved with lots of small-time work. Can Jason check his pride and be part of the team?

Yes! The 14th installment of the Diary of a Wimpy Kid stories is coming! Check your Tales2go app or browser player on Tuesday, November 5, 2019 to listen as part of your existing subscription.

Pollen counts are rising and so is the title count in the Tales2go library. We've been uploading new titles as fast as we can! No matter the ages and stages of your students, and across all…

Since 1987, we celebrate Women's History Month in March. Each year, the celebration feels especially important, given the social climate. This year is no exception. On the heels of 2018, which many

Blog
Fresh Decade, Fresh Dedication You Should Go and Love Yourself