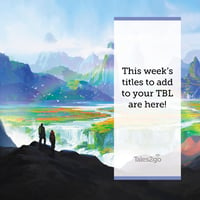 Middle schoolers love a good adventure story. Actually, so do we all, amirite? The adventure, science fiction, and fantasy genres are all becoming more entwined, yielding some truly enthralling stories that have grown up reviewers singing their praises.

We're approaching that time in the school year when energy is a little lower and it's even tougher to generate hype about well, anything. Sometimes we all just need a little getaway to a faraway place filled with intrigue and magic. Maybe that's what's been fueling the social media buzz about adventure stories. Whatever it is, we are here for it, and are pleased to present this very cursory roundup of some of the titles that have been declared "omg must reads" by the most discerning of middle schoolers (and more a few grown-ups, too). 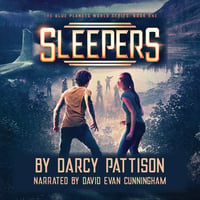 He comes from an alien world. But he's the best hope for Earth. In this coming of age science fiction story, Jake Rose - who is half Earthling and half alien - must discover the truth of what the Risonian aliens have been doing on earth. He joins his human grandparents on Bainbridge Island, but finds alien sleeper cells hiding in Puget Sound. They're desperate! Their world is dying, and they need a new planet. They can breathe in air or water, so they only want to live in Earth's oceans. Jake must stop those - on both sides - who would sabotage the Risonian's only hope for survival. But strangely, he finds that he's also Earth's only hope for survival. Listen to find out how he survives. 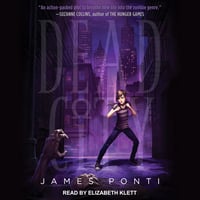 A tween takes on undead New Yorkers in this paranormal action-adventure. Most kids have enough to deal with between school, extracurricular activities, and friends, but Molly Bigelow isn't your typical tween. By day, Molly attends MIST-the Metropolitan Institute of Science and Technology-but it's what she's learning outside of school that sets her apart from her classmates. Molly is a zombie hunter, just like her mother. This, however, is news to Molly. Now she must come to terms with not only the idea that zombies exist, but also that they're everywhere, and it's her job to help police them and keep the peace. Sure, she'd like to be a regular kid, but "regular" just isn't possible when it turns out the most revered (or feared, depending on your perspective) zombie hunter in the history of New York City is your mother. It seems Molly's got some legendary footsteps to follow . . .

Outcast of Redwall by Brian Jacques

In this stirring, sword-rattling chapter in New York Times best-selling author Brian Jacques' beloved series, questions of right and wrong do not have simple answers. Abandoned by his evil warlord father Swartt Sixclaw, the ferret Veil is raised at Redwall. But when he commits an unforgivable crime, he is banished forever. So when Swartt goes on a rampage, Veil must make a choice. He can either fight for the father who orphaned him, or for those who turned him away. 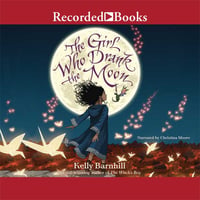 The Girl Who Drank the Moon by Kelly Barnhill

A young girl raised by a witch, a swamp monster, and a Perfectly Tiny Dragon must unlock the dangerous magic buried deep inside her in this epic coming-of-age fairy tale from the highly acclaimed author of The Witch's Boy. Every year, the people of the Protectorate leave a baby as an offering to the witch who lives in the forest. They hope this sacrifice will keep her from terrorizing their town. But the witch in the forest, Xan, is kind and gentle. She shares her home with a wise Swamp Monster named Glerk and a Perfectly Tiny Dragon, Fyrian. Xan rescues the abandoned children and delivers them to welcoming families on the other side of the forest, nourishing the babies with starlight on the journey. One year, Xan accidentally feeds a baby moonlight instead of starlight, filling the ordinary child with extraordinary magic. Xan decides she must raise this girl, whom she calls Luna, as her own. When Luna approaches her thirteenth birthday, her magic begins to emerge on schedule--but Xan is far away. Meanwhile, a young man from the Protectorate is determined to free his people by killing the witch. Soon, it is up to Luna to protect those who have protected her--even if it means the end of the loving, safe world she's always known.

Bonus: Listen to this episode of Book Club for Kids to hear real kids' reviews!

Like every other hobbit, Bilbo Baggins likes nothing better than a quiet evening in his snug hole in the ground, dining on a sumptuous dinner in front of a fire. But when a wandering wizard captivates him with tales of the unknown, Bilbo becomes restless. Soon he joins the wizard's band of homeless dwarves in search of giant spiders, savage wolves, and other dangers. Bilbo quickly tires of the quest for adventure and longs for the security of his familiar home. But before he can return to his life of comfort, he must face the greatest threat of all-a treasure-troving dragon named Smaug. In his fantasy classic, master storyteller J.R.R. Tolkein creates a bewitching world filled with delightful creatures and thrilling dangers. Narrator Rob Inglis will hold listeners of all ages spellbound with his skillful portrayal of hobbits, dwarves, and enchanted beasts.

Bonus: We know how much narration matters. If this narrator doesn't match your imagined voice for Middle Earth, try one of these other amazing storytellers; Andy Serkis or a full cast from NPR. 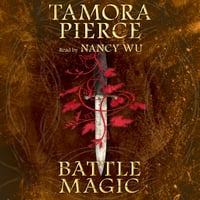 Set two years before the events of The Will of the Empress and Melting Stones, this adventure reunites plant mage Briar; his mentor, Rosethorn; and his young apprentice, Evvy, who has a talent for making stones...do things. The three journey eastward to the forbidding land of Yanjing, where they discover a danger that threatens the home temple of the Living Circle religion. 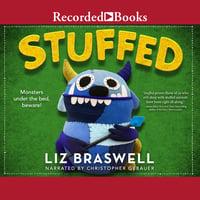 Everyone thinks that Clark is too old to still play with stuffed animals. He's almost eleven! Bullies target him at school while his mother tries increasingly un-subtle ways to wean him off his toys and introduce more "normal" interests. But Clark can't shake the feeling that his stuffed friends are important, even necessary. Sometimes they move around in the night and sometimes in the morning they look a little worse for wear, as if they've engaged in battle. And it turns out . . . he's right. Clark's dad is under attack by a nefarious, shadowy monster called a King Derker. The problem is, no one believes Clark, and when his mom tries to rid the house of stuffed animals to try to get him to grow up, she's actually putting Clark's dad and the entire household in mortal peril. Told through both Clark's and Foon's points of view, Stuffed confirms every kid's dream: that stuffed animals do have a life and a purpose, and that sometimes the most unconventional friendships are also the most valuable. 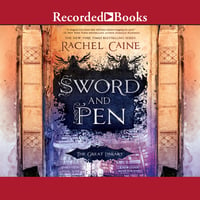 Sword and Pen by Rachel Caine

With the future of the Great Library in doubt, the unforgettable characters from Ink and Bone must decide if it's worth saving in this thrilling adventure in the New York Times bestselling series. The corrupt leadership of the Great Library has fallen. But with the Archivist plotting his return to power, and the Library under siege from outside empires and kingdoms, its future is uncertain. Jess Brightwell and his friends must come together as never before, to forge a new future for the Great Library . . . or see everything it stood for crumble. 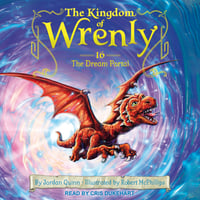 The Dream Portal by Jordan Quinn

Prince Lucas and Clara have to save their dragon friend, Ruskin, from a dangerous spell in this sixteenth fantastical adventure of The Kingdom of Wrenly series.There is only one place throughout the entire Kingdom of Wrenly that no one dares explore: the Dream Portal. Hidden beyond the swamps of Bogburb, this strange and ancient circle of stones was built by wizards before time began. Stories of great danger surround the mysterious monument. But when their dragon friend, Ruskin, falls under the Dream Portal's spell, Lucas and Clara will risk the legendary peril to save their dragon friend. 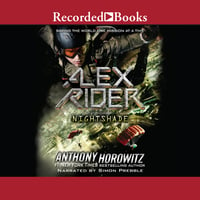 Follow the world's greatest teen spy as he sets off to Gibraltar after the death of Scorpia, and enters into a battle against a new criminal organization: Nightshade. Alex Rider's world has changed: his biggest enemy, the evil organization Scorpia, has been destroyed. Alex is hoping his life can finally go back to normal, that he can go to school and spend time with his friends--but very quickly everything changes. A new and dangerous criminal organization--Nightshade--is rising. When Alex discovers they've planned a mysterious attack on London, he will stop at nothing to take them down. But protecting his home city means facing off a ruthless new enemy and putting his life at stake, again. And this time, there's no one to save him if he makes a mistake.

Blog
Faster, Higher, Stronger - Together How to Be There