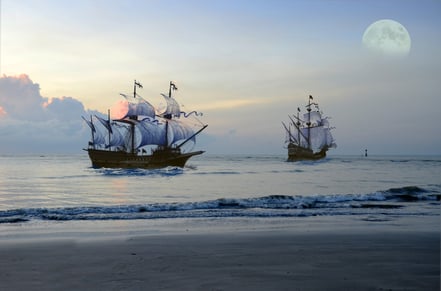 Teachers and librarians are always finding new ways to engage students in STEM activities. In preparation for National Talk Like a Pirate Day (September 19th), we present this bounty of pirate themed activities and lessons to get all your buccaneers excited about STEM for the rest of the year!

Listen Up Me Hearties!

Captivate your students with a great pirate story and the STEM lessons that follow will feel more like play than studying. Plus, they'll be learning valuable skills just by listening to the stories! 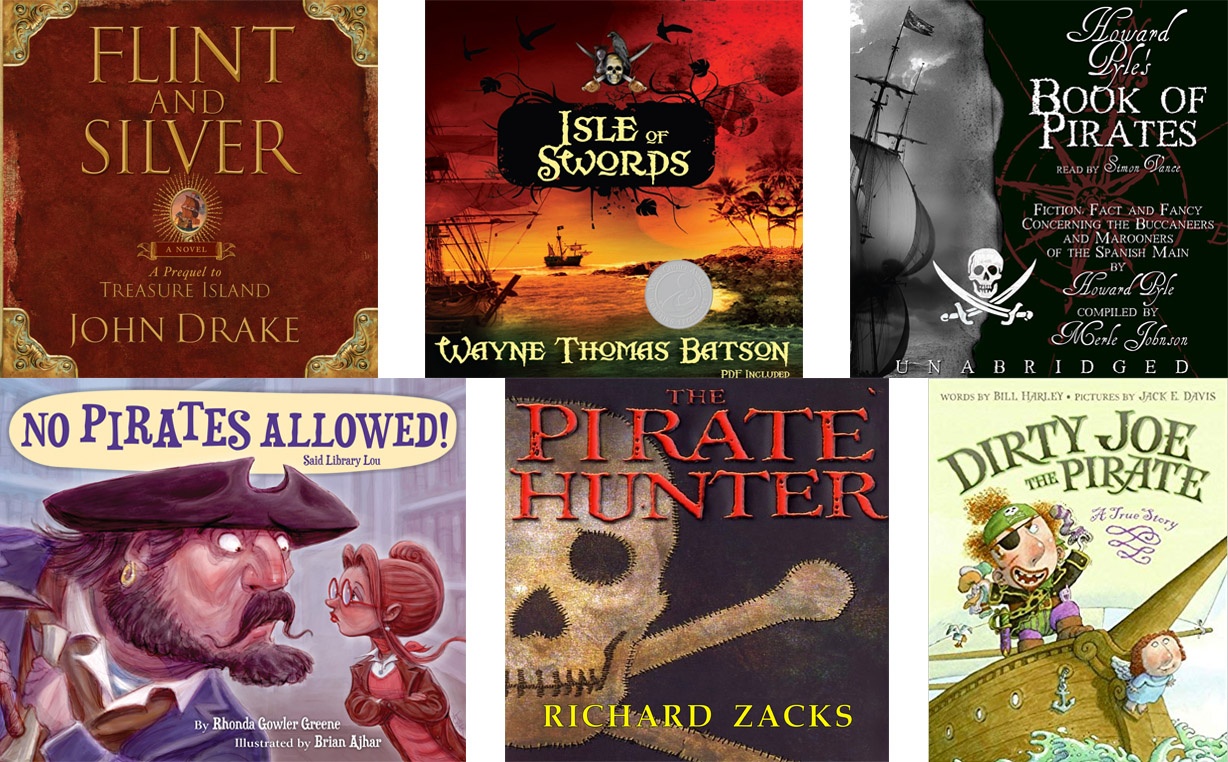 John Silver had never killed a man. Until now, his charisma, sheer size and, when all else failed, powerful fists had been enough to dispatch his enemies. But on a smoldering deck off the coast of Madagascar, his shipmates dead or dying all around him, his cutlass has just claimed the lives of six pirates. Finding himself surrounded by their revenge-thirsty crewmates, Silver fears his promising merchant navy career is at an end. But then the pirate captain makes him an offer he can't refuse. On the other side of the world, Joseph Flint, a naval officer wronged by his superiors, plots a bloody mutiny. Flint is regarded as the most dangerous bandit on the high seas. Together these gentlemen of fortune forge a deadly and unstoppable partnership, steering a course through treachery and betrayal while amassing vast treasure. But the arrival of Selena, a beautiful runaway slave with a murderous past, and Flint's schemes to secure the pieces of gold for himself trigger a rivalry that will turn the best of friends into sworn enemies. And so the legend of Treasure Island begins-an epic battle of wits and blades that unravels the mysteries of Robert Louis Stevenson's greatest work on the sweltering seas of the Caribbean.

"Pirates, Buccaneers, Marooners, those cruel but picturesque sea wolves who once infested the Spanish Main, all live in present-day conceptions in great degree as drawn by the pen and pencil of Howard Pyle." So writes Merle Johnson, who has here gathered together in one volume all of the nineteenth-century author-artist's classic pirate stories. Well researched and with richly drawn characters, Pyle's work will appeal to students of history and adventure lovers alike.

At Seabreezy Library, things were just right. Booklovers were cozy. The sky was blue-bright - when--Shiver me timbers!--through Seabreezy's door - stormed big Pirate Pete and his parrot, Igor! Argh!! Things are looking--and smelling!!--a little fishy at Seabreezy Library. When the big X on Pirate Pete's treasure map leads him and his parrot-sidekick Igor to believe buried treasure is hidden at the library, the patrons are quaking in their shoes. But never fear! Library Lou, Seabreezy's librarian-extraordinaire, is as cool as a cucumber and knows how to handle an irate pirate or two. She knows exactly where the treasure is buried. But first she needs to help Pirate Pete and Igor get a handle on their hygiene, brush up on library etiquette, and then tackle learning their letters. And that will lead them to the treasure that can always be found at the library.

An epic poem about Dirty Joe, the sock stealing pirate, and his nemesis, Stinky Annie.

Pirates do a lot of math aboard their ships keeping track of all their gold pieces and treasures! Practice early math skills using gold coins or gems as counters. Simple props can turn a becalmed math lesson into an arithmetic adventure!

What better way to learn map skills than hunting for treasure? Make a map of your classroom or playground together one day, use the map you created to write out clues, and send your class on a treasure hunt the next day.

Show off your science swagger with these hands-on science activities you can use to better understand the land and seas.

This Earth Month, we're unveiling a whole new Subject Area full of titles! There's so much to learn about this planet we call home, and how we can take better care of it, that we decided it deserved…

This week, we are excited to hear from educator and researcher, Alyssa Harben. Alyssa is an Academic Specialist at Michigan State University's School of Packaging, and is passionate about educating…

The calendar and weather are finally beginning to agree that it's spring! As the daylight grows longer, we've been hearing from many of you that you're stretching your creative and planning minds as…