The Beauty of Friendship

Friendship is a beautiful thing and if we pay attention, we can see actual, tangible evidence of that beauty. Here in the DC area, we are experiencing peak bloom of the famous cherry blossom trees - a gift from the Japanese government in the early 1900s. The city is abuzz with celebrations of the ethereal scenes created by the pink and white blooms. Something about seeing the petals floating on the breeze makes even the most stoic politicos pause.

Maybe it's the beauty of nature re-awakening and seeing all the new growth, but spring has a way of engendering warm and fuzzy thoughts. Given the library displays we've been seeing, we're not alone in looking for some slightly sappier stories. Between promposals, romcoms, and stories about animals, friendship is definitely trending right now!

How are you supporting your students' interest in friendship stories and content? We love seeing your creative shelf and bulletin board displays! Definitely keep them coming on social media, and be sure to tag us (@tales2go) so we can't miss it. While you're at it, here are some stories highlighting friendship and in celebration of the cherry blossoms, diplomacy. 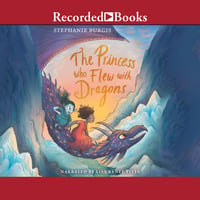 The Princess Who Flew With Dragons by Stephanie Burgis

Perfect for fans of Shannon Hale, this girl-powered fantasy follows a smart young princess determined to save her kingdom. Princess Sofia of Drachenburg is sick of being used for her older sister's political gains. At twelve years old, she's already been a hostage to invading dragons and promised to marry a wicked fairy. Now she's being sent to far-off Villene to play the part of a charming, diplomatic princess. But when an accident leads to her exile from Villene, Sofia is free to wander as she pleases for the first time in her life. With another strong heroine and plenty of action, this is an enchanting and strong-hearted fantasy set in the same world as The Dragon with a Chocolate Heart and The Girl with the Dragon Heart. 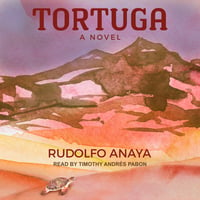 This American Book Award winner by the author of Bless Me, Ultima is a novel of a New Mexico teenager's journey of physical and spiritual recovery. When the story opens, the eponymous hero of Rudolfo Anaya's novel is in an ambulance en route to a hospital for crippled children in the New Mexican desert. A poor boy from Albuquerque, sixteen-year-old Tortuga takes his name from the odd, turtle-shaped mountain that is rumored to possess miraculous curative powers. Tortuga is paralyzed, and not even his mother's fervent prayers can heal him. But under the mountain's watchful gaze, with the support of fellow patients, he begins the Herculean task of breaking out of his shell and becoming whole again. Drawn from personal experience and imbued with the magic realism and phantasmagorical vision quests that distinguish Anaya's work, Tortuga is a joyful, life-sustaining book about hope, faith, friendship, and love that celebrates the triumph of the human spirit in the physical world. 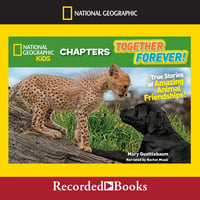 Incredible stories about animals and the people who love them. Where can you find a dog on wheels and a fluffy chicken that work together at a veterinarian’s office? What about Mr. G the goat and Jellybean the donkey, two inseparable friends? Or dog and cheetah BFFs? Look no further! Together Forever! tells three heartwarming tales of unlikely animal friendships that prove love knows no species. These true stories will amaze, inspire, and make you say “Awww.” 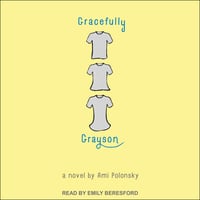 What if who you are on the outside doesn't match who you are on the inside? Grayson Sender has been holding onto a secret for what seems like forever: "he" is a girl on the inside, stuck in the wrong gender's body. The weight of this secret is crushing, but sharing it would mean facing ridicule, scorn, rejection, or worse. Despite the risks, Grayson's true self itches to break free. Will new strength from an unexpected friendship and a caring teacher's wisdom be enough to help Grayson step into the spotlight she was born to inhabit? Debut author Ami Polonsky's moving, beautifully written novel about identity, self-esteem, and friendship shines with the strength of a young person's spirit and the enduring power of acceptance. 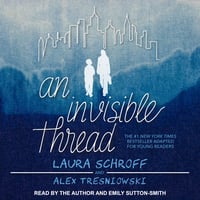 From Laura Schroff and Alex Tresniowski comes the young listeners' edition of an unbelievable memoir about an unlikely friendship that forever changed the lives of a busy sales executive and a hungry eleven-year-old boy. On one rainy afternoon, on a crowded New York City street corner, eleven-year-old Maurice met Laura. Maurice asked Laura for spare change because he was hungry, and something made Laura stop and ask Maurice if she could take him to lunch. Maurice and Laura went to lunch together, and also bought ice cream cones and played video games. It was the beginning of an unlikely and magical friendship that changed both of their lives forever. An Invisible Thread is the true story of the bond between an eleven-year-old boy and a busy sales executive; a heartwarming journey of hope, kindness, adventure, and love-and the power of fate to help us find our way. 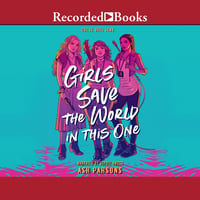 Girls Save the World in This One by Ash Parsons

Shaun of the Dead meets Clueless in this hilarious YA horror comedy set at a local zombie convention--featuring a teenage girl gang that has to save the world from a horde of actual zombies. Perfect for fans of Geekerella, Undead Girl Gang, and Anna and the Apocalypse. Mega-fan June Blue's whole life has been leading up to this moment: ZombieCon! The Ultimate in Undead Entertainment has finally come to her hometown. She and her two best friends plan on hitting all the panels and photo ops, and meeting the heartthrob lead of their favorite zombie apocalypse show, Human Wasteland. But something's not quite right at the con--there are strange people in hazmat suits running around, enthusiastic cosplayers taking their shambling a little too far, and someone actually biting a cast member. Then June and her friends discover the truth: the zombie apocalypse is here! A hilarious and heartfelt horror comedy, that is an ode to zombies, friendship, and girl power. 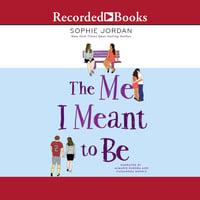 The Me I Meant to Be by Sophie Jordan

Girl Code: Never date a friend's ex. Willa Evans has no intention of breaking the code. So what if she's always secretly loved her next-door neighbor Zach? As her best friend's boyfriend, he was always off-limits and it needs to stay that way, even though they just broke up. Even though every time she turns around he's there, tempting her. No keeping secrets from your bestie. Flor Hidalgo has a lot on her plate: her breakup with Zach, her dad's new dating life, and her struggling grades. So why can't she stop thinking about her hot, know-it-all tutor? At least she's got Willa, her constant in the chaos. Breaking the code breaks friendships. Two friends find themselves tempted by love that defies the rules in this steamy romance perfect for fans of Jenny Han and Simone Elkeles.

Click here for more details about these and other titles.

The Olympic games give us all a time to celebrate the sportsmanship, camaraderie, and perseverance of elite athletes around the world. As we prepare to witness impressive athleticism, this is also a…