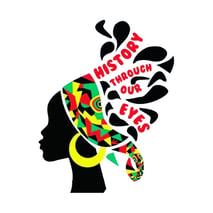 It's become a February tradition for us to focus on the titles in our catalog that relate to Black History Month. It's a great chance to look back at some notable new titles from the past year. Plus, we always enjoy hearing about all the learning going on in your classrooms, libraries, and schools (if you have photos or stories to share, @ us @Tales2go on Instagram and Twitter!). As the month starts to wrap up, we suggest one of these titles to carry the learning forward into next month and beyond!

Her Own Two Feet: A Rwandan Girl's Brave Fight to Walk by Meredith Davis and Rebeka Uwitonze

Through her eyes, the moving story of a young Rwandan girl born with club feet and the risk she takes for the chance to walk on the bottoms of her feet for the first time. Rebeka Uwitonze was born in Rwanda with curled and twisted feet, which meant she had to crawl or be carried to get around. At nine years old, she gets an offer that could change her life. A doctor in the US might be able to turn her feet. But it means leaving her own family behind and going to America on her own. Her Own Two Feet tells Rebeka's inspiring story through her eyes, with the help of one of her hosts. She travels from Rwanda to Austin, Texas, to join the Davis family, despite knowing almost no English. In the face of dozens of hospital visits and painful surgeries, Rebeka's incredible bravery and joyful spirit carry her to the opportunity of a lifetime. A stunning debut about hope, perseverance, and what becomes possible when you take a risk.

I Am Farmer: Growing an Environmental Movement in Cameroon by Baptiste Paul and Miranda Paul

Discover the true story of how environmentalist Farmer Tantoh is transforming the landscape in his home country of Cameroon. When Tantoh Nforba was a child, his fellow students mocked him for his interest in gardening. Today he's an environmental hero, bringing clean water and bountiful gardens to the central African nation of Cameroon. Authors Miranda Paul and Baptiste Paul share Farmer Tantoh's inspiring story.

Sweet Taste of Liberty: A True Story of Slavery and Restitution in America by W. Caleb McDaniel

Born into slavery, Henrietta Wood was taken to Cincinnati and legally freed in 1848. In 1853, a Kentucky deputy sheriff named Zebulon Ward colluded with Wood's employer, abducted her, and sold her back into bondage. She remained enslaved throughout the Civil War, giving birth to a son in Mississippi and never forgetting who had put her in this position. By 1869, Wood had obtained her freedom for a second time and returned to Cincinnati, where she sued Ward for damages in 1870. Astonishingly, after eight years of litigation, Wood won her case. McDaniel's book is an epic tale of a black woman who survived slavery twice and who achieved more than merely a moral victory over one of her oppressors. Above all, Sweet Taste of Liberty is a portrait of an extraordinary individual as well as a searing reminder of the lessons of her story, which establish beyond question the connections between slavery and the prison system that rose in its place.

Arthur Briggs's life was Homeric in scope. Born on the the tiny island of Grenada, he set sail for Harlem during the Renaissance, then to Europe in the aftermath of World War I, where he was among the first pioneers to introduce jazz music to the world. During the legendary Jazz Age in Paris, Briggs's trumpet provided the soundtrack while Hemingway, Fitzgerald, and the rest of the Lost Generation got drunk. By the 1930s, Briggs was considered "the Louis Armstrong of Paris," and was the peer of the greatest names of his time, from Josephine Baker to Django Reinhardt. Even during the Great Depression, he was secure as "the greatest trumpeter in Europe." He did not, however, heed warnings to leave Paris before it fell to the Nazis, and in 1940, he was arrested and sent to the prison camp at Saint Denis. What happened at that camp, and the role Briggs played in it, is truly unforgettable. Better Days Will Come Again, based on groundbreaking research and including unprecedented access to Briggs's oral memoir, is a crucial document of jazz history, a fast-paced epic, and an entirely original tale of survival.

He Said, She Said by Kwame Alexander

He Said, She Said is perfect for fans of Walter Dean Myers and Rachel Vail alike. This edition includes a Q&A with author Kwame Alexander. He says: Omar "T-Diddy" Smalls has got it made-a full football ride to UMiami, hero-worship status at school, and pick of any girl at West Charleston High. She says: Football, shmootball. Here's what Claudia Clarke cares about: Harvard, the poor, the disenfranchised, the hungry, the staggering teen pregnancy rate, investigative journalism . . . the list goes on. She does not have a minute to waste on Mr. T-Diddy Smalls and his harem of bimbos. He Said, She Said is a fun and fresh novel from Kwame Alexander that throws these two high school seniors together when they unexpectedly end up leading the biggest social protest this side of the Mississippi-with a lot of help from Facebook and Twitter. The stakes are high, the romance is hot, and when these worlds collide, watch out!

Eleven-year-old Samuel was born as Master Hackler's slave, and working the Kentucky farm is the only life he's ever known-until one dark night in 1859, that is. With no warning, cranky old Harrison, a fellow slave, pulls Samuel from his bed and, together, they run. The journey north seems much more frightening than Master Hackler ever was, and Samuel's not sure what freedom means aside from running, hiding, and starving. But as they move from one refuge to the next on the Underground Railroad, Samuel uncovers the secret of his own past-and future. And old Harrison begins to see past a whole lifetime of hurt to the promise of a new life-and a poignant reunion- in Canada. In a heartbreaking and hopeful first novel, Shelley Pearsall tells a suspenseful, emotionally charged story of freedom and family.

History is thick with secrets in The Sugar Camp Quilt, seventh in the beloved Elm Creek Quilts series from bestselling author Jennifer Chiaverini. Set in Creek's Crossing, Pennsylvania, in the years leading up to the Civil War, the novel follows Dorothea Granger's passage from innocence to wisdom against the harrowing backdrop of the American struggle over slavery. She discovers that a quilt she has stitched for her uncle Jacob with five unusual patterns of his own design contains hidden clues to guide runaway slaves along the Underground Railroad. The heroic journey she undertakes leads to revelations about her own courage and resourcefulness - newfound qualities that may win her the heart of the best man she has ever known.

**This post was updated on April 22, 2020, to reflect a revised offer to continue supporting schools.

Like you, we've been keeping a close watch on the news lately. We've also heard from many of…