Now that it's officially December, we're dreaming up ways to celebrate the season. Our celebrations are likely to look a little different this year (so goes the story of 2020), but that doesn't mean it needs to be any less festive or fun. So over the next few weeks, we're sharing some ideas for shifting listening activities into winter mode. To start things off, we have some ideas from the Tales2go team! Be sure to share your ideas with us, too - we'd love to see your takes on any of the projects we share as well as your own ideas! Pick a wintery story to put on, grab your supplies, and let's get to decking the halls!

We're big fans of garlands because they pack a decorative punch, are very versatile, and are great projects to do while listening to stories. This year, we're doing some garland making separately together over Zoom, but you could easily gather materials and treat this as a screen-free activity too! 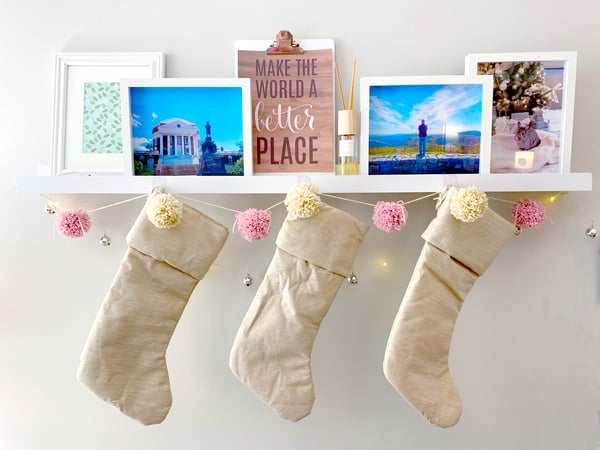 Use a pom pom maker or make your own from cardboard to make piles of pom poms to add a little fluff and softness to your work from home space! We did these in solid colors, but you could add a little sparkle with specialty yarn or do multiple colors! Making pom poms is a very simple, relaxing activity the whole family can enjoy. 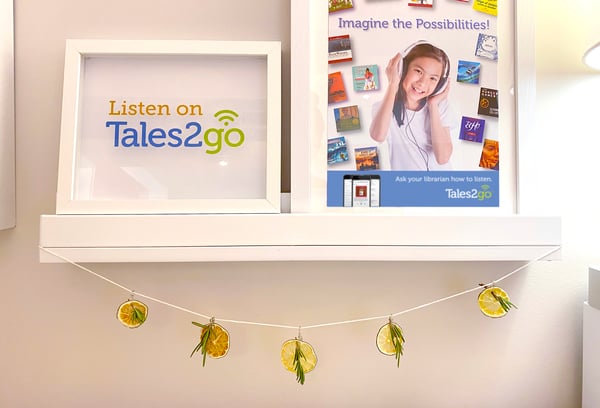 Have some citrus left over, getting dried out in your fridge? We did too. Slice them up and dehydrate them in your oven to make a beautiful, natural garland. You can hang these outside with popcorn and help to feed your local wildlife, or try different arrangements to hang them inside. If you have essential oils, you can add those to the citrus slices for an aromatic garland, too! 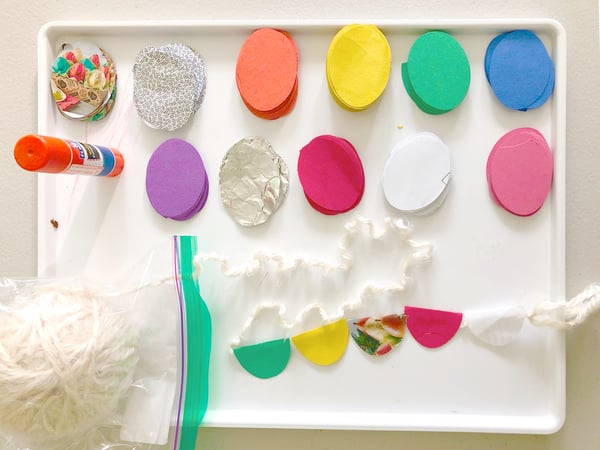 A great garland project for younger students or to engage students who need extra fine motor practice. Trace a mug or glass onto cardboard to make a circular pattern. Use your pattern to trace and cut out colorful circles from magazines, colored paper, newspaper, even junk mail! Fold the circles in half around a length of yarn. You can definitely amp up this garland by painting or drawing on the paper circles, or adding glitter!

Now you know which garland you want to make, pick a story, make some hot chocolate, and get settled for a fun project that supports your literacy habits! 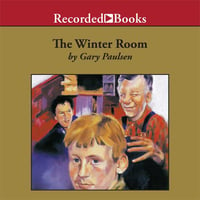 The Winter Room by Gary Paulsen

This story of two Norwegian-American farm boys who discover the remarkable magic of storytelling is vintage Gary Paulsen—earthy, gritty, and ultimately poignant. Following the turn of the seasons, eleven year old Eldon traces the daily routines of his life on a farm and his relationship with his older brother Wayne. During the winter, with little work to be done on the farm, Eldon and Wayne spend the quiet hours with their family, listening to their Uncle David's stories. But Eldon soon learns that, although he has lived on the same farm, in the same house with his uncle for eleven springs, summers, and winters, he hardly knows him. 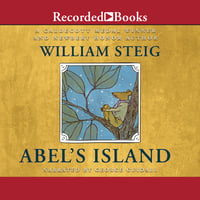 Unlike most other mice, Abel has never had to work for anything. All that changes one blustery fall day when his wife's scarf flutters away in a gust of wind. Abel races off to rescue it and is swept away in a rainstorm. When the storm is over, Abel finds himself washed up a deserted island. To survive the winter, this pampered mouse will have to work hard at building a home and gathering food. Can he figure out a way to get off the island and return home-or is he stuck living by himself for the rest of his days? With warmth and wide-eyed enthusiasm, this Newbery Honor Book will delight young readers. 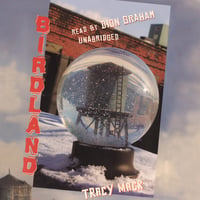 Amid the sparkle and hum of a New York City winter, Jed and his best friend, Flyer, are filming a documentary of their neighborhood. In the process, Jed confronts painful memories of his older brother, Zeke, a poet who loved jazzman Charlie “Bird” Parker and who died, leaving behind his CDs, a notebook, and a lot of unanswered questions. When Jed encounters a mysterious homeless girl he thinks holds the key to connecting him to Zeke, it could be his only way to unlock his deepest sorrow and discover how to be—who to be—on his own. 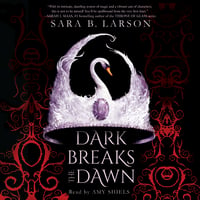 Dark Breaks the Dawn by Sara B. Larsen

Book one in a haunting and romantic YA duology packed with action, romance, and betrayal from the critically acclaimed author of the Defy trilogy, Sara B. Larson. On her eighteenth birthday, Princess Evelayn of Eadrolan, the Light Kingdom, can finally access the full range of her magical powers. The light looks brighter, the air is sharper, and the energy she can draw when fighting feels almost limitless. But while her mother, the queen, remains busy at the war front, in the Dark Kingdom of Dorjhalon, the corrupt king is plotting. King Bain wants control of both kingdoms, and his plan will fling Evelayn into the throne much sooner than she expected. In order to defeat Bain and his sons, Evelayn will quickly have to come into her ability to shapeshift, and rely on the alluring Lord Tanvir. But not everyone is what they seem, and the balance between the Light and Dark comes at a steep price. In the first book of a remarkable duology, Sara B. Larson sets the stage for her reimagining of Swan Lake -- a lush romance packed with betrayal, intrigue, magic, and adventure. 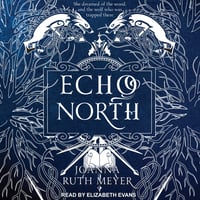 Echo Alkaev's safe and carefully structured world falls apart when her father leaves for the city and mysteriously disappears. Believing he is lost forever, Echo is shocked to find him half-frozen in the winter forest six months later, guarded by a strange talking wolf - the same creature who attacked her as a child. The wolf presents Echo with an ultimatum: if she lives with him for one year, he will ensure her father makes it home safely. But there is more to the wolf than Echo realizes. In his enchanted house beneath a mountain, each room must be sewn together to keep the home from unraveling, and something new and dark and strange lies behind every door. When centuries-old secrets unfold, Echo discovers a magical library full of books-turned-mirrors, and a young man named Hal who is trapped inside of them. As the year ticks by, the rooms begin to disappear and Echo must solve the mystery of the wolf's enchantment before her time is up-otherwise Echo, the wolf, and Hal will be lost forever.

Looking for stories for younger listeners? We've got you covered.