Moms had their day in May, and now it's time to celebrate dads! Father figures come in all forms, from many places. Today's title round up includes stories about inspiring dads, every day hero dads, and even mysterious granddads. Remember that this is just a sampling of titles. Use the search function and keywords like "father" or "dad" for more dad stories. Or click here to see the whole catalog: 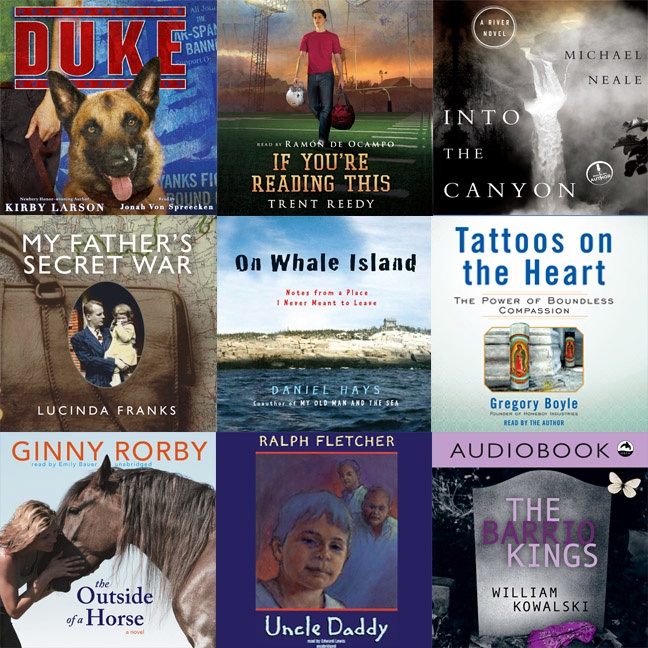 On Whale Island by Daniel Hays

As chronicled in the bestselling book "My Old Man and the Sea", the thirst for living an unconventional life led Daniel Hays to sail around Cape Horn with his father in a boat they built themselves.

Tattoos on the Heart by Gregory Boyle

As a pastor working in a neighborhood with the highest concentration of murderous gang activity in Los Angeles, Gregory Boyle created an organization to provide jobs, job training, and encouragement so that young people could work together and learn the mutual respect that comes from collaboration. Tattoos on the Heart is a breathtaking series of parables distilled from his twenty years in the barrio. Arranged by theme and filled with sparkling humor and glowing generosity, these essays offer a stirring look at how full our lives could be if we practiced compassion. Erudite, down-to-earth, and utterly heartening, these essays about universal kinship and redemption are moving examples of the power of unconditional love in difficult times and the importance of fighting despair. With Gregory Boyle's guidance, we can recognize our own wounds in the broken lives and daunting struggles of the men and women in these parables and learn to find joy in all of the people around us. Tattoos on the Heart reminds us that no life is less valuable than another. 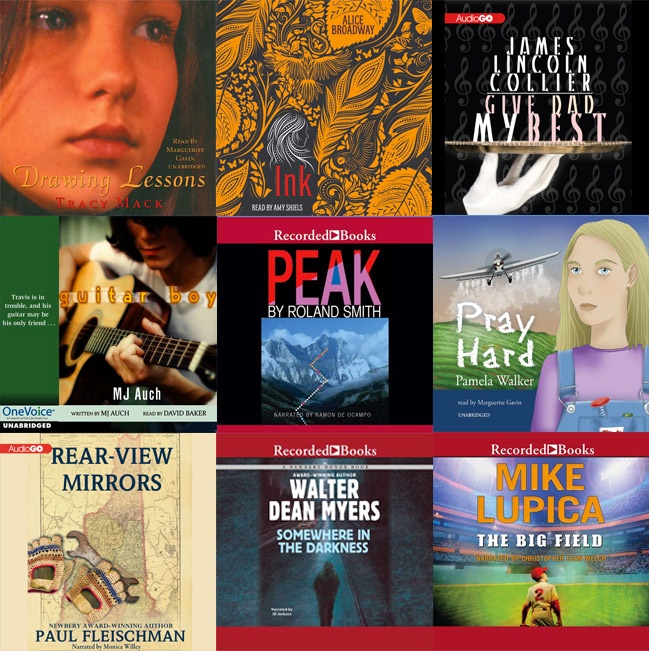 A deliciously dark, gorgeously-written YA mystery that'll prickle your skin . . . and leave a permanent mark. There are no secrets in Saintstone. From the second you're born, every achievement, every failing, every significant moment are all immortalized on your skin. There are honorable marks that let people know you're trustworthy. And shameful tattoos that announce you as a traitor. After her father dies, Leora finds solace in the fact that his skin tells a wonderful story. That is, until she glimpses a mark on the back of his neck . . . the symbol of the worst crime a person can commit in Saintstone. Leora knows it has to be a mistake, but before she can do anything about it, the horrifying secret gets out, jeopardizing her father's legacy . . . and Leora's life. In her startlingly prescient debut, Alice Broadway shines a light on the dangerous lengths we go to make our world feel orderly--even when the truth refuses to stay within the lines. This rich, lyrical fantasy with echoes of Orwell is unlike anything you've ever read, a tale guaranteed to get under your skin . . .

Seventeen-year-old Olivia hasn't seen her father since she was eight months old. But when he summons her out of the blue, Olivia travels cross country to New Hampshire to meet him. That summer, she learns to adapt to rural life and to try to understand her reclusive father. The next summer, following high school graduation, she returns to recreate her father's seventy-mile annual bike ride - reflecting on her own personal journey to understand the true meaning of love and kinship. 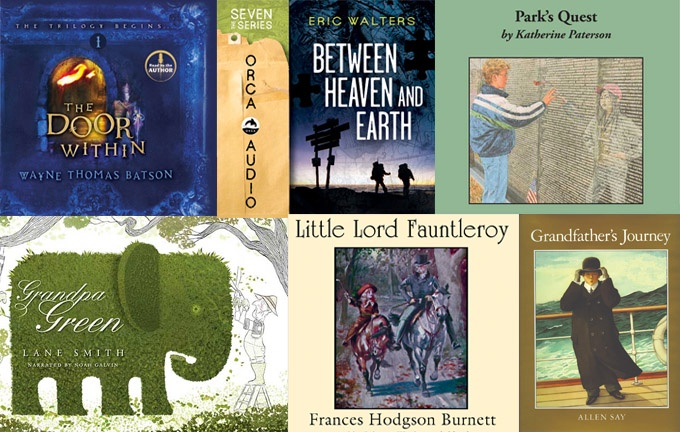 Acclaimed writer and illustrator Lane Smith has amassed an impressive body of work both on his own and as a collaborator on Caldecott Honor–winning books. In Grandpa Green, Smith introduces listeners to a boy who learns about life's many wonders while exploring his great-grandfather's topiary garden, where imagination blooms and memories come alive.

“The best version of the Cinderella story in modern idiom that exists” is how Marghanita Laski describes Frances Hodgson Burnett's Little Lord Fauntleroy. It is the charming story of a seven-year-old American boy, Ceddie Errol, who lives on the edge of poverty in New York. One day he is visited by a gruff lawyer at the tiny house he shares with his widowed mother, and his life is never to be the same: for waiting in England is Dorincourt Castle, where Ceddie is to reside as the sole living heir to the irascible, proud, and selfish Earl of Dorincourt. It will be up to this virtuous boy to capture and warm the Earl's heart and transform him into a doting grandfather and responsible landlord.

It's Ramadan! The ninth month of the Islamic calendar, Ramadan is a month-long celebration of community that culminates in Eid al-Fitr. Considered one of the most important events on the Islamic…

The first time I really identified with a character was in eighth grade. Our school librarian displayed new titles in the library with short descriptions of each story. As soon as I read the…