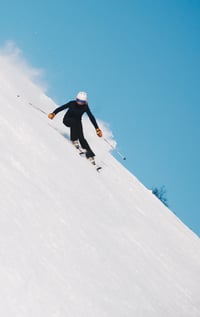 The Olympic games give us all a time to celebrate the sportsmanship, camaraderie, and perseverance of elite athletes around the world. As we prepare to witness impressive athleticism, this is also a great time to draw attention to the interpersonal skills and relationships that are built and maintained in the practice of these sports. Almost every athlete has a list of people to appreciate for helping them achieve the feats on display at the Olympics. These relationships include supposed opponents as often as supporters and family members. In a time when it can feel like there is more dividing us than bringing us together, events like the Olympics can help us all reconnect.

As you're planning Olympics themed lessons, check out this post that has lots of classroom ideas. In the meantime, get students and community members into the spirit with some Olympics themed stories! 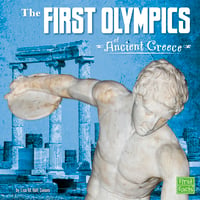 In ancient Greece different city-states often fought one another in deadly battles. But every four years the Greeks set aside their differences to honor thegods and compete peacefully in the Olympic Games. Learn all about the athletes, competitions, and religious ceremonies of the ancient Olympics. 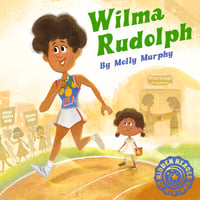 An Olympian tale with a golden outcome! Told as a child she’d never walk again to becoming the first American woman to win three gold medals in the 1960 Olympics - Wilma Rudolph was a champion on and off the track. She used her popularity as the “fastest woman in the world” to become a world-record-breaking voice for civil justice and women’s rights. 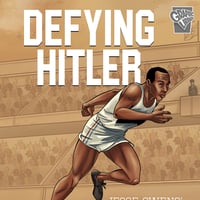 At the 1936 Summer Olympics in Berlin, Germany, the last thing Adolf Hitler expected was to see a black man compete and win. But Jesse Owens didn't just win. He was dominant in the track and field events, winning four gold medals and helping to set a world record. Now readers can witness one of the most iconic moments in sports history as Owens proves that people of all races can compete and win at the Olympic games. 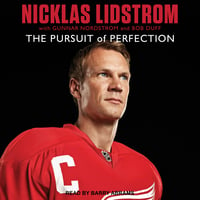 The life and career of Nicklas Lidstrom almost reads like a real-life hockey fairy tale. Drafted by the Detroit Red Wings as a nineteen-year-old defenseman out of his native Sweden, Lidstrom spent the next two decades manning the Motor City blueline. During those years he became a Hockeytown legend, amassing a mind-boggling collection of accomplishments and accolades: four Stanley Cups, seven Norris Trophies as the NHL's best defenseman, a Conn Smythe Trophy, twelve All-Star selections, and gold medals in both the Olympics and World Championships. Off the ice, life appears equally idyllic: Lidstrom is uniformly respected and admired by opponents, observers, and teammates alike. In Nicklas Lidstrom: The Pursuit of Perfection, the Hall of Fame defenseman and a who's-who of hockey luminaries investigate and reveal precisely how he made dominating the game he loves appear so effortless. 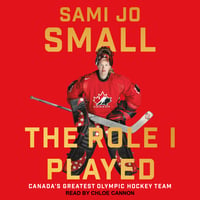 The Role I Played by Sami Jo Small

A three-time Olympic medalist shares behind-the-scenes insight into the beloved Canadian National Women's Hockey Team. Men's hockey in Canada may hog the limelight, but interest in women's hockey has never been higher. The Role I Played is a memoir of Sami Jo Small's ten years with Canada's National Women's Hockey Team. Beginning with her experience as a rookie at the first-ever women's Olympic hockey tournament in Nagano in 1998 and culminating with Canada's third straight Olympic gold medal in Vancouver in 2010, the veteran goaltender gives the listener behind-the-scenes insight into one of the most successful teams in sports history. 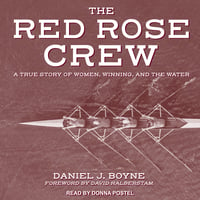 In 1975, a group of amazing women rowed their way to international success and glory, battling sexual prejudice, bureaucracy, and male domination in one of the most grueling and competitive sports around. Among the members of the first international women's crew team were Gail Pearson, the soft-spoken MIT professor who fought equally hard off the water to win the political battles neccessary for her team to succeed; lead rower Carie Graves, a statuesque bohemian from rural Wisconsin who dropped out of college and later became the most intense rower of the crew; and Lynn Stillman, a tiny sixteen-year-old coxswain from California. On hand to guide them was Harry Parker, the legendary Harvard men's crew coach who overcame his doubts about the ability of women to withstand the rigors of hard training. From their first dramatic bid at the 1975 World Championships to their preparations for their first Olympic Games in 1976, this gripping story of bravery, determination, and indomitable spirit captures a compelling moment in the history of sports and of America.

In 1980 the Soviet Union had dominated the world of hockey for nearly 30 years. Nobody thought the USSR's hockey team could be beaten in the Winter Olympics. But US Hockey coach Herb Brooks didn't believe that. He pulled together a ragtag team of amateur hockey players and molded them into a team that could compete with the best teams in the world. Through months of hard work and determination, the US team achieved the impossible and defeated the dreaded Soviets. Readers will get a thrilling up-close look at the story of the 1980 US Olympic Hockey team and their miraculous victory in Lake Placid, New York. 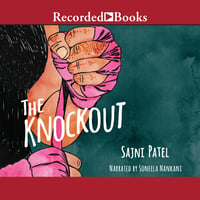 The Knockout by Sajni Patel

If seventeen-year-old Kareena Thakkar is going to alienate herself from the entire Indian community, she might as well do it gloriously. She’s landed the chance of a lifetime, an invitation to the US Muay Thai Open, which could lead to a spot on the first-ever Olympic team. If only her sport weren’t seen as something too rough for girls. Despite pleasing her parents, excelling at school, and making plans to get her family out of debt, Kareena’s never felt quite Indian enough, and her training is only making it worse. Which is inconvenient, since she’s starting to fall for Amit Patel, who just might be the world’s most perfect Indian. Admitting her feelings for Amit will cost Kareena more than just her pride - she’ll have to face his parents’ disapproval, battle her own insecurities, and remain focused for the big fight. Kareena’s bid for the Olympics could very well make history - if she has the courage to go for it. 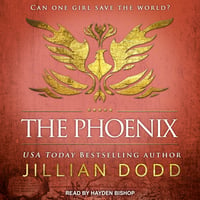 The Phoenix by Jillian Dodd

From bestselling author Jillian Dodd comes the sixth book in a sizzling series filled with action and adventure. A single sentence is muttered from the lips of an assassin dangling from a four-story building, "It starts in Montrovia." That sentence led Black X to send a spy to protect Prince Lorenzo. And that sentence haunts Huntley as she realizes her time is running out. When athletes from around the world descend on Montrovia for the Olympics, another group is coming together, its years of planning a new world order finally coming to fruition. A disease is released. People start dying. And, with rumors of an impending coup, the country falls into chaos. Alliances are betrayed. Lives are lost. Loves are challenged. And hearts are turned. Can Huntley stop what has started, or will Montrovia and the world fall?

Every November, we celebrate the history and stories of Native Americans. Originally supported by Seneca Indian Dr. Arthur Parker, what started as American Indian Day in 1915 has evolved into a whole…