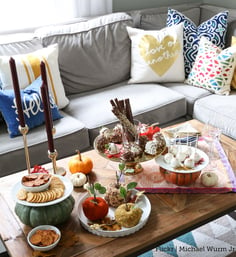 Around Thanksgiving last year, we discussed the importance of family stories. This year, we're taking another look at personal histories, but shifting our focus slightly - towards friends. Because sometimes, our friends become the families we choose for ourselves.

The current social climate is more divisive than inclusive, so it's important to remind our students (and ourselves!) of the value of friendship. A little understanding, open-minded thinking, and compassion can go a long way towards creating space for relationships that can soothe, support, and sustain us. The stories below illustrate how friends can come from unexpected places - from total strangers to people once considered enemies. Remember that this is just a small sample of hundreds of titles related to friendship in the Tales2go library. If you're viewing this post on a desktop computer, click the linked titles to launch the player. 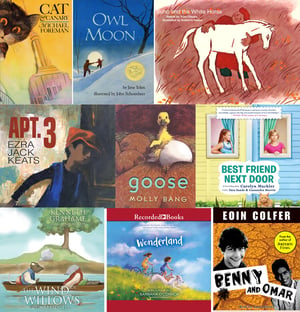 Cat's best friend is the canary in his apartment. Once their owner has gone out, Cat lets Canary out of his cage and they go up onto the roof together. Cat wishes he could fly, like all the birds around him, and when he finds a kite tangled in an aerial, it is too much of a temptation. But the kite carries him much too high and much too far, and Canary needs to marshall a crowd of feathered friends to tow the kite home. But Cat isn't the least bit deterred: "Tomorrow, we can go to the land beyond the river, and still be back for tea!"

The sounds of a harmonica lead to an understanding between a blind man and two boys who live in the same building in the city.

From Barbara O'Connor, the beloved author of Wish, comes a big-hearted story about the meaning of friendship, the challenges of growing up, and one lovable runaway dog.

Benny and Omar by Eoin Colfer

Two very different cultures collide in this hilarious book about a young sports fanatic named Benny who is forced to leave his home in Ireland and move with his family to Tunisia. He wonders how he will survive in such an unfamiliar place. Then he teams up with wild and resourceful Omar, and a madcap friendship between the two boys leads to trouble, escapades, a unique way of communication, and ultimately, a heartbreaking challenge. 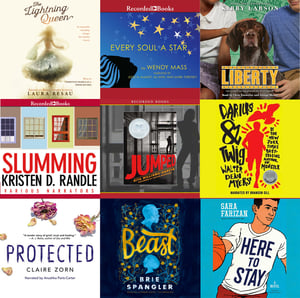 Every Soul A Star by Wendy Mass

The tale of an extra­ordinary occurrence related through three very different perspectives. Unlike the thousands converging at Moon Shadow to witness a total solar eclipse, Ally calls the isolated campground home. Bree shields herself in a cloak of good looks and popularity, but there is something within her no one suspects. And Jack, overweight and socially inept, finds himself on the verge of startling possibility.

A novel about friendship and needing to live your own dream. Darius and Twig are an unlikely pair: Darius is a writer whose only escape is his alter ego, a peregrine falcon named Fury, and Twig is a middle-distance runner striving for athletic success. But they are drawn together in the struggle to overcome the obstacles that Harlem life throws at them. The two friends must face down bullies, an abusive uncle, and the idea that they' ll be stuck in the same place forever in this touching and raw new teen novel.

Tall, meaty, muscle-bound, and hairier than most throw rugs, Dylan doesn't look like your average fifteen-year-old, so naturally, high school has not been kind to him. To make matters worse, on the day his school bans hats (his preferred camouflage), Dylan goes up on his roof only to fall and wake up in the hospital with a broken leg-and a mandate to attend group therapy for self-harmers. Dylan vows to say nothing and zones out at therapy-until he meets Jamie. She's funny, smart, and so stunning, even his womanizing best friend, JP, would be jealous. She's also the first person to ever call Dylan out on his self-pitying and superficiality. As Jamie's humanity and wisdom begin to rub off on Dylan, they become more than just friends. But there is something Dylan doesn't know about Jamie, something she shared with the group the day he wasn't listening. Something that shouldn't change a thing. She is who she's always been-an amazing photographer and devoted friend, who also happens to be transgender. But will Dylan see it that way?

Maybe you've heard of this relatively new trend - sharing a Thanksgiving meal with a group of friends instead of relatives. Why not bring this trend into your school and host a Friendsgiving amongst your students? Some of the best things about this tradition are that it can be very casual, and can be scheduled any time before or after actual Thanksgiving Day!

Be a Story Collector

Not enough time or resources to put together a Friendsgiving? Try story collecting instead. First, get yourself a cup of tea and watch this TED talk from Dave Isay about StoryCorps. Now, prep your students to go out and become Story Collectors.

Plan AheadIf you're new to Tales2go, Thanksgiving break is a great time to check out the player and library for yourself. Choose a meditation track to wind down and relax (maybe after a day of shopping?), or start a story for a little screen time alternative. Bonus: when you find a good story, you can listen on your way to work on Monday! Nobody wants to go back to work after a break, but having something exciting to look forward to always helps.

If you're a seasoned listener, you might have noticed that the desktop player environment looks different. The re-designed browsing structure will help you find stories faster so that you can spend less time looking and more time listening!

Click the gif below to learn about what's new in the desktop player: