Girls and female-gendered people have always contributed to our global history. This week, we're shining our spotlight on stories about, for, and by girls of the world. Just like other groups who have been traditionally under-represented in our libraries, female identifying students need access to stories that feature characters who look, talk, and think like them. Beyond that, students who don't identify as female can benefit from listening to these stories to help normalize the experiences these stories provide. As we teachers always say, "sharing is caring." While that might strike us differently since the pandemic, sharing stories is still as important as ever. 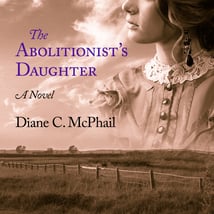 On a Mississippi morning in 1859, Emily Matthews begs her father to save a slave, Nathan, about to be auctioned away from his family. Judge Matthews is an abolitionist who runs an illegal school for his slaves, hoping to eventually set them free. One, a woman named Ginny, has become Emily's companion and often her conscience-and understands all too well the hazards an educated slave must face. Yet even Ginny could not predict the tangled, tragic string of events set in motion as Nathan's family arrives at the Matthews farm. In the tradition of Cold Mountain, The Abolitionist's Daughter eschews stereotypes of the Civil War South, instead weaving an intricate and unforgettable story of survival, loyalty, hope, and redemption.

Fly Girls: How Five Daring Women Defied All Odds and Made Aviation History by Keith O'Brien

The untold story of five women who fought to compete against men in the high-stakes national air races of the 1920s and 1930s - and won! Between the world wars, no sport was more popular, or more dangerous, than airplane racing. Thousands of fans flocked to multi-day events, and cities vied with one another to host them. The pilots themselves were hailed as dashing heroes who cheerfully stared death in the face. Well, the men were hailed. Female pilots were more often ridiculed than praised for what the press portrayed as silly efforts to horn in on a manly, and deadly, pursuit. Fly Girls recounts how a cadre of women banded together to break the original glass ceiling: the entrenched prejudice that conspired to keep them out of the sky. Fly Girls celebrates a little-known slice of history in which tenacious, trail-blazing women braved all obstacles to achieve greatness.

Keep It Together, Keiko Carter by Debbi Michiko Florence

Seventh grade is supposed to be a game changer. And Keiko thinks she's got it covered, especially with Audrey and Jenna by her side to shop for a new look, pick out a prime lunch spot, and even hit up that cute new bubble tea place after school. Her trio is ready to tackle life as they always have...together. But when Audrey decides they need boyfriends before Fall Ball, it looks like things may be changing in all the wrong ways. Jenna is sick of caving in to Audrey's demands, and soon Keiko's besties are barely talking, leaving her caught in the middle. While she's been dreaming about triple-dates, first kisses, and a boy she really shouldn't have a crush on, the friendship she's always thought was rock-solid is beginning to crumble. Keiko feels pulled in two directions. Should she try to help her friends-even if it means losing one of them-or follow her heart?

Marley Dias Gets It Done - And So Can You! by Marley Dias

Marley Dias, the 12-year old powerhouse girl-wonder who started the #1000blackgirlbooks campaign, speaks to kids about her passion for making our world a better place, and how to make their dreams come true! In this accessible "keep-it-real" guide, Marley explores activism, social justice, volunteerism, equity and inclusion, and using social media for good. Drawing from her experience, Marley shows kids how they can galvanize their strengths to make positive changes in their communities, while getting support from parents, teachers, and friends to turn dreams into reality. Focusing on the importance of literacy and diversity, Marley offers suggestions on book selection, and delivers hands-on strategies for becoming a lifelong reader. 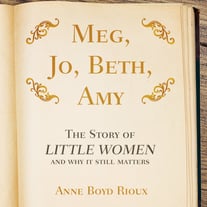 Meg, Jo, Beth, Amy: The Story of Little Women and Why It Still Matters by Anne Boyd Rioux

Since its publication on September 30, 1868, Little Women has been one of America's favorite stories. While we now think of it as a girls' book, it was initially read by both boys and girls, men and women of all ages. Professor Anne Boyd Rioux, who read it in her twenties, tells us how Louisa May Alcott came to write the book and drew inspiration for her story from her own life. Its Civil War-era tale of family and community ties resonated through later wars, the Depression, and times of changing opportunities for women, even into the twenty-first century. Rioux sees the novel's beating heart in its honest look at adolescence and its inspiring vision of young women's resilience and hope. In gauging its reception today, she shows why it remains a book with such power that people carry its characters and spirit throughout their lives. 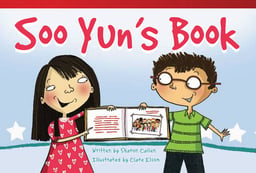 When exchange student Soo Yun has to return home to Korea, her class makes her a scrapbook of all the wonderful times they shared with her in America. Each page is an entry from a classmate that describes their favorite memory with Soo Yun. Through this heartfelt book, readers will learn about Soo Yun's unique personality and culture. With fun illustrations and lovely anecdotes about Soo Yun's time in the United States, readers will discover how much they can learn from someone from a different country. 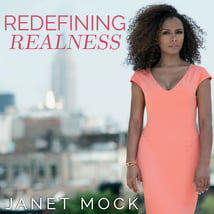 Redefining Realness: My Path to Womanhood, Identity, Love & So Much More by Janet Mock

With unflinching honesty and moving prose, Janet Mock relays her experiences of growing up young, multiracial, poor, and trans in America, offering readers accessible language while imparting vital insight about the unique challenges and vulnerabilities of a marginalized and misunderstood population. Though undoubtedly an account of one woman's quest for self at all costs, Redefining Realness is a powerful vision of possibility and self-realization, pushing us all toward greater acceptance of one another-and of ourselves-showing as never before how to be unapologetic and real.

There's No Crying in Newsrooms: What Women Have Learned About What It Takes to Lead by Julia Wallace, Kristin Grady Gilger

There's No Crying in Newsrooms tells the stories of remarkable women who broke through barrier after barrier at media organizations around the country over the past four decades. They started out as editorial assistants, fact checkers, and news secretaries and ended up running multi-million-dollar news operations that determine a large part of what Americans read, view, and think about the world. These women, who were calling in news stories while in labor and parking babies under their desks, never imagined that forty years later young women entering the news business would face many of the same battles they did - only with far less willingness to put up and shut up. The female pioneers in There's No Crying in Newsrooms have many lessons to teach about what it takes to succeed in media or any other male-dominated organization, and their message is more important now than ever before. 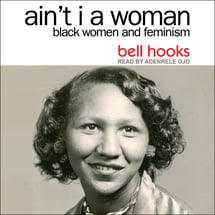 Ain't I A Woman: Black Women and Feminism, 2nd Edition by Bell Hooks

A classic work of feminist scholarship, Ain't I a Woman has become a must-read for all those interested in the nature of black womanhood. Examining the impact of sexism on black women during slavery, the devaluation of black womanhood, black male sexism, racism among feminists, and the black woman's involvement with feminism, Hooks attempts to move us beyond racist and sexist assumptions. The result is nothing short of groundbreaking, giving this book a critical place on every feminist scholar's bookshelf.

Throughout this month (and also on the regular), we've been sharing stories by, for, and about girls and women. Some, like the memoirs and biographies, are inspiring because they're nonfiction.…

How do you incorporate Native American history into your curriculum? A history of the United States is certainly incomplete without discussion of the peoples who lived with, cultivated, and cared…

Blog
Browser Player Update! The Power of Yet