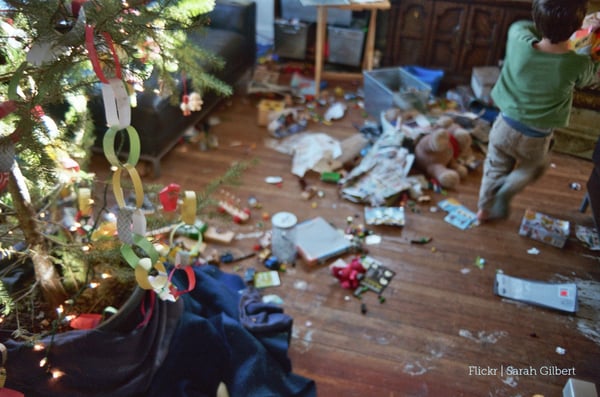 We've reached that half-way point in Winter Break when the days start to run together. Maybe you're traveling again, gearing up to ring in the new year with friends and family, or both! We hope you've had a chance to relax with some of our self-care ideas from last week. This week, we're back with some ideas and titles to make the most of the second half of Winter Break.

Listen as a Family

Make the most of family time with these multi-age, multi-generational ideas to keep everyone together for a little longer.

Stories Everyone Can Enjoy

Canadian Veery and Other Bird Songs: Ambient Soundscape for Peace of Mind from Greg Cetus

Veery can be found in southern Canada and northern woodlands of the United States during summer time. The breezy modulating song of this thrush adds exotic warmth and comfort to the music of leafy forests of North America. Veer spends winters in the shadowy undergrowth of tropical rain forest in Amazon basin, the headwaters of the Orinoco River, and Sao Paulo state, Brazil. Stopover regions during migration the coast of the Gulf of Mexico, the coasts of the Carolinas, Cuba, Jamaica, Columbia, and Venezuela. This recording offers continuous soundscape of North American birdsong chorus including Canadian Veer. This beautiful sound of natural peace creates effective background for relaxation.

The Extremely Inconvenient Adventures of Bronte Mettlestone by Jaclyn Moriarty

Bronte Mettlestone is ten years old when her parents are killed by pirates. This does not bother her particularly: her parents ran away to have adventures when she was a baby. She has been raised by her Aunt Isabelle, with assistance from the Butler, and has spent a pleasant childhood of afternoon teas and riding lessons. Now, however, her parents have left detailed instructions for Bronte in their will. (Instructions that, annoyingly, have been reinforced with faery cross-stitch, which means that if she doesn't complete them, terrible things could happen!) She travels the kingdoms, perfectly alone, delivering gifts to ten other aunts: a farmer aunt who owns an orange orchard, a veterinarian aunt who specializes in dragon care, a pair of aunts who captain a cruise ship, and a former rock star aunt who is now the reigning monarch of a small kingdom. But as she travels from aunt to aunt, Bronte suspects there might be more to this journey than the simple delivery of treasure.

The House With a Clock in Its Walls by John Bellairs

When Lewis Barnavelt, an orphan, comes to stay with his uncle Jonathan, he expects to meet an ordinary person. But he is wrong. Uncle Jonathan and his next-door neighbor, Mrs. Zimmermann, are both witches! Lewis is thrilled. At first, watching magic is enough. Then Lewis experiments with magic himself and unknowingly resurrects the former owner of the house: a woman named Serenna Izard. It seems that Serenna and her husband built a timepiece into the walls--a clock that could obliterate humankind. And only the Barnavelts can stop it!

The school break is getting closer, and amidst all the excitement, many of you have gotten in touch with us as you prepare your students to continue their important listening work outside of school.…

The days are still short, the weather isn’t great, and we’re all starting to get a little restless. Sounds dour, but we think it’s actually the perfect time for a little mindset recharge and reframe!…

Here on the East Coast, we're getting our first taste of winter weather and that has us all excited for a Snow Day! We've got our pjs on back to front (because that helps encourage the clouds to make…

Blog
Stories for Self-Care Listen Up This Year!