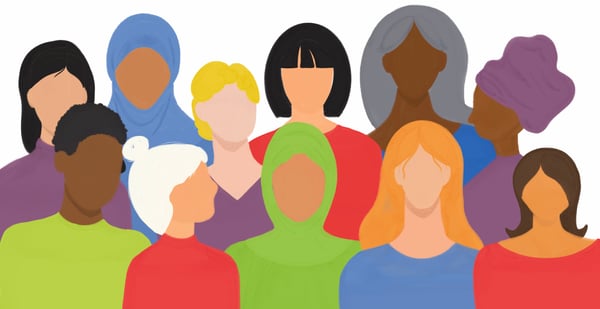 Throughout this month (and also on the regular), we've been sharing stories by, for, and about girls and women. Some, like the memoirs and biographies, are inspiring because they're nonfiction. Others are comforting and enlightening because of the truth even fictional stories can expose. As this year's Women's History Month draws to a close, we have a few more titles to share. We hope you'll find a few to add to your virtual nightstand.

Remember you can click on the cover art or title to start listening right now! Be sure you're logged in via the browser where you're reading this post, and you can save the book as a favorite for later, and take it with you via the app on your mobile device. 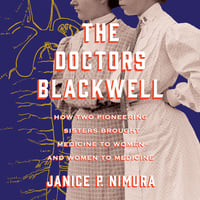 Elizabeth Blackwell believed from an early age that she was destined for a mission beyond the scope of "ordinary" womanhood. Though the world at first recoiled at the notion of a woman studying medicine, her intelligence and intensity ultimately won her the acceptance of the male medical establishment. In 1849, she became the first woman in America to receive an MD. She was soon joined in her iconic achievement by her younger sister, Emily, who was actually the more brilliant physician. Together, the Blackwells founded the New York Infirmary for Indigent Women and Children, the first hospital staffed entirely by women. From Bristol, Paris, and Edinburgh to the rising cities of antebellum America, this richly researched new biography celebrates two complicated pioneers who exploded the limits of possibility for women in medicine. 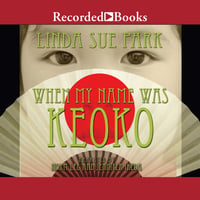 When My Name Was Keoko by Linda Sue Park

Koreans Sun-hee and her brother Tae-yul must study Japanese language and culture in school. The symbols of their beloved Korea-like its flag and the rose of Sharon tree-can never be displayed or mentioned in public. When the Emperor of Japan decrees that all Koreans must take Japanese names, Sun-hee and Tae-yul become Keoko and Nobuo. But as World War II explodes all around them, Sun-hee and Tae-yul wage their own war to stay true to their family, their country, and themselves.

The Blossoming Universe of Violet Diamond by Brenda Woods

Coretta Scott King Honor winner Brenda Woods' moving, uplifting story of a girl finally meeting the African American side of her family explores racism and how it feels to be biracial, and celebrates families of all kinds. Violet is a smart, funny, brown-eyed, brown-haired girl in a family of blonds. Her mom is white, and her dad, who died before she was born, was black. She attends a mostly white school where she sometimes feels like a brown leaf on a pile of snow. She's tired of people asking if she's adopted. Now that Violet's eleven, she decides it's time to learn about her African American heritage. And despite getting off to a rocky start trying to reclaim her dad's side of the family, she can feel her confidence growing as the puzzle pieces of her life finally start coming together. Readers will cheer for Violet, sharing her joy as she discovers her roots.

The Skin I'm In by Sharon Flake

Award-winning author Sharon G. Flake crafts a remarkable story of one girl's struggle to accept herself. Maleeka Madison is a dark-skinned African-American girl. She feels uncomfortable and wishes she had lighter skin. When her teacher, Miss Saunders, who suffers from a rare skin condition, shows that there is more to people than the color of their skin, Maleeka learns to appreciate and accept who she truly is. Sisi Aisha Johnson's gripping narration makes this story come alive. 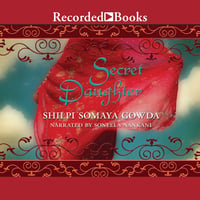 Debut novelist Shilpi Somaya Gowda pens this compelling tale about two families, worlds apart, linked by one Indian child. After giving birth to a girl for a second time, impoverished Kavita must give her up to an orphanage. The baby, named Asha, is adopted by an American doctor and raised in California. But once grown, Asha decides to return to India. "Gowda writes with compassion and uncanny perception, while portraying the vibrant traditions, sights, and sounds of modern India."-Booklist 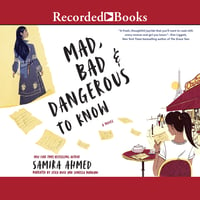 It's August in Paris and 17-year-old Khayyam Maquet - American, French, Indian, Muslim - is at a crossroads. This holiday with her professor parents should be a dream trip for the budding art historian. But her maybe-ex-boyfriend is probably ghosting her, she might have just blown her chance at getting into her dream college, and now all she really wants is to be back home in Chicago figuring out her messy life instead of brooding in the City of Light. Two hundred years before Khayyam's summer of discontent, Leila is struggling to survive and keep her true love hidden from the Pasha who has “gifted” her with favored status in his harem. In the present day—and with the company of a descendant of Alexandre Dumas—Khayyam begins to connect allusions to an enigmatic 19th-century Muslim woman whose path may have intersected with Alexandre Dumas, Eugene Delacroix, and Lord Byron. Told in alternating narratives that bridge centuries, an echoing across centuries, Leila and Khayyam's lives intertwine, and as one woman's long-forgotten life is uncovered, another's is transformed. 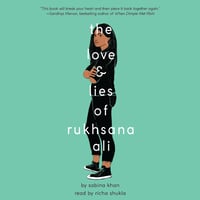 The Love and Lies of Rukhsana Ali by Sabina Khan

With a welcome mix of humor, heart, and high-stakes drama, Sabina Khan provides a timely and honest portrait of what it's like to grow up feeling unwelcome in your own culture. Seventeen-year-old Rukhsana Ali tries her hardest to live up to her conservative Muslim parents' expectations, but lately she's finding that impossible to do. She rolls her eyes when they blatantly favor her brother and saves her crop tops and makeup for parties her parents don't know about. Luckily, only a few more months stand between her carefully monitored life in Seattle and her new life at Caltech. But when her parents catch her kissing her girlfriend Ariana, all of Rukhsana's plans fall apart. Her parents are devastated and decide to whisk Rukhsana off to Bangladesh, where she is thrown headfirst into a world of arranged marriages and tradition. Through reading her grandmother's old diary, Rukhsana gains some much-needed perspective and realizes she must find the courage to fight for her love without losing the connection to her family as a consequence. 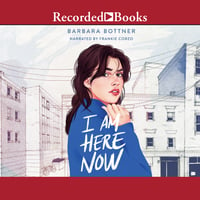 I Am Here Now by Barbara Bottner

Set in the 1960s, Barbara Bottner's I Am Here Now is a beautiful novel in verse about one artist’s coming of age. It’s a heartbreaking, powerful and inspiring depiction of what it's like to shatter your life - and piece it all back together... Maisie's first day of High school should be exciting, but all she wants is to escape. Her world is lonely and chaotic, with an abusive mother and a father who’s rarely there to help. So when Maisie, who finds refuge in her art, meets the spirited Rachel and her mother, a painter, she catches a glimpse of a very different world - one full of life, creativity, and love - and latches on. But as she discovers her strengths through Rachel’s family, Maisie, increasingly desperate, finds herself risking new friendships, and the very future she's searching for.