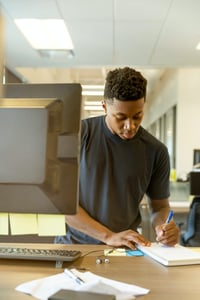 Investigative journalists take deep dives into a specific event or topic. Often, these long term projects become significant reports or books. Journalists spend months and years researching and following information trails far and wide to uncover details that might better complete the story. Today's virtual bookshelf contains titles that both tell the stories of the journalists themselves as well as provide examples of the stories those investigators uncover.

Students can really get into the idea of practicing becoming investigative journalists. It can be a fun way to reframe research papers. Encourage students to investigate something that interests them particularly. The upcoming holiday break can provide a good time to brainstorm and come up with some ideas for topics. When you return, discuss their ideas and help them identify potential "early leads" to get them started. Students can also listen to one of the stories below, to appreciate the fruits of another journalist's labors. 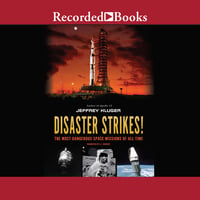 Disaster Strikes!: The Most Dangerous Space Missions of All Time by Jeffrey Kluger

Twelve thrilling and terrifying space-mission failures, told by the bestselling author of Apollo 13! There are so many amazing, daring, and exciting missions to outer space that have succeeded. But for every success, there are mistakes, surprises, and flat-out failures that happen along the way. In this collection, bestselling author and award-winning journalist Jeffrey Kluger recounts twelve such disasters, telling the stories of the astronauts and the cosmonauts, the trials and the errors, the missions and the misses. With stories of missions run by both Americans and Russians during the height of the space race, complete with photos of the people and machines behind them, this book delves into the mishaps and the tragedies, small and large, that led humankind to the moon and beyond. 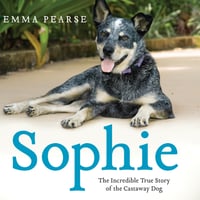 Sophie: The Incredible True Story of the Castaway Dog by Emma Pearse

The story that became a global sensation: Sophie, the Australian cattle dog who was lost at sea and swam six miles through shark-infested waters to remote islands where she survived in the wild for five months. It was just another day in paradise as Jan and Dave Griffith, along with their blue cattle dog, Sophie, motored out of Mackay Marina for a gorgeous weekend at sea. But when the sky suddenly darkened and the waves turned fierce, the unthinkable happened: Sophie disappeared overboard. From the first day the Griffiths set eyes on puppy Sophie through that terrible October day she was lost, to Sophie's time as a castaway and the reunion that almost didn't happen, journalist Emma Pearse recreates the incredible journey of this canine Robinson Crusoe. An inspirational story of loyalty and the resilience of the spirit, Sophie offers undeniable proof about the unbreakable bond between humans and our pets-and that if lost, they would do anything to come home to us. 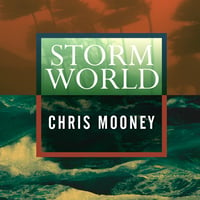 Storm World: Hurricanes, Politics, and the Battle Over Global Warming by Chris Mooney

Leading environmental journalist Chris Mooney immerses readers in the world of those who study hurricanes. In particular, he explores one of the most politicized and hotly contested debates in American science: whether or not the recent hurricane disasters culminating in Katrina connected to global warming. 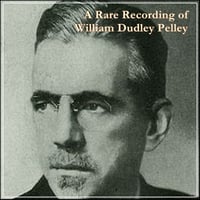 William Dudley Pelley (March 12, 1890-July 1, 1965) was a journalist, publisher, novelist, Hollywood screenwriter, spiritualist, and the founder of the Silver Legion of America (Silver Shirts). Pelley ran for President of the United States in 1936 as the Christian Party candidate. He was indicted twice for sedition and was sentenced to 15 years imprisonment. Pelley was paroled in 1950 from Federal Prison in Terra Haute, Indiana. After his release, he returned to Noblesville, Ind. and began publishing metaphysical magazines and books avoiding political topics. He spent his time developing Liberation doctrine into a full-blown religion known as Soulcraft. 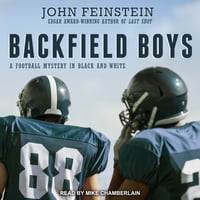 Backfield Boys: A Football Mystery in Black and White by John Feinstein

In Backfield Boys, renowned sports journalist and New York Times bestselling author John Feinstein tells a thrilling story of friendship, football, and a fight for justice. Freshman footballers Jason Roddin and Tom Jefferson are a perfect pair: Jason is a blazing-fast wide-receiver, while his best friend Tom has all the skills a standout quarterback needs. After summer football camp at an elite sports-focused boarding school, the boys are thrilled to be invited back with full-ride scholarships. But on day one of practice, they're shocked when the team's coaching staff makes Tom, a black kid, a receiver and Jason, a white kid, a quarterback. Confronted with mounting evidence of deep-seated racial bias, the boys speak out, risking their scholarships and chances to play. As tensions ratchet up with coaches and other players, Tom and Jason must decide how much they're willing to lose in a conflict with powerful forces that has nothing-and everything-to do with the game they love. 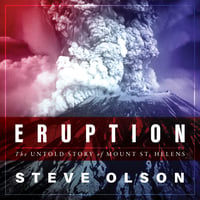 Survival narrative meets scientific, natural, and social history in the riveting story of a volcanic disaster. For months in early 1980, scientists, journalists, and ordinary people listened anxiously to rumblings in the long quiescent volcano Mount St. Helens. Still, when a massive explosion took the top off the mountain, no one was prepared. Fifty-seven people died. The lives of many others were forever changed. Steve Olson interweaves history, science, and vivid personal stories of the volcano's victims and survivors to portray the disaster as a multi-faceted turning point. The eruption of Mount St. Helens transformed volcanic science, the study of environmental resilience, and our perceptions of how to survive on an increasingly dangerous planet. 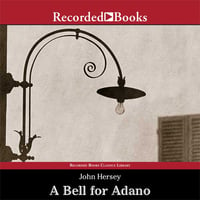 A Bell for Adano by John Hersey

John Hersey grew up in China, studied at Yale and Cambridge, worked as a journalist, and astonished the nation when he won the Pulitzer Prize in 1945 for A Bell for Adano. His first novel, its offbeat blend of patriotism and warm humor immediately captured readers' hearts. In 1943, the American Major Victor Joppolo finds himself the civil affairs officer‚ mayor‚a small town in Sicily. Equipped with the rulebook, How to Bring American Democracy to Liberated Territories, he sets about bringing choices to a people whose every recent activity had been dictated. Asking them what the town needs most, he is answered: give the town back its spirit‚ bell to replace the 700-year-old one that was melted down for bullets. The major soon discovers that he may not be able to guarantee democracy for the ancient town, but he can do something about the bell. His story is one of humanity in the midst of war's cruelty, and conviction in a maze of military bureaucracy.

Beloved Beasts: Fighting for Life in the Age of Extinction by Michelle Nijhuis

In the late nineteenth century, as humans came to realize that our rapidly industrializing and globalizing societies were driving other animal species to extinction, a movement to protect and conserve them was born. In Beloved Beasts, acclaimed science journalist Michelle Nijhuis traces the movement's history: from early battles to save charismatic species such as the American bison and bald eagle to today's global effort to defend life on a larger scale. As the destruction of other species continues and the effects of climate change escalate, Beloved Beasts charts the ways conservation is becoming a movement for the protection of all species-including our own. 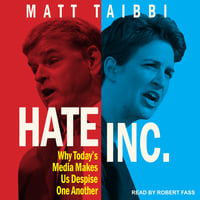 Hate Inc.: Why Today's Media Makes Us Despise One Another by Matt Taibbi

Part tirade, part confessional from the celebrated Rolling Stone journalist, Hate Inc. reveals that what most people think of as "the news" is, in fact, a twisted wing of the entertainment business. In the Internet age, the press have mastered the art of monetizing anger, paranoia, and distrust. Taibbi, who has spent much of his career covering elections in which this kind of manipulative activity is most egregious, provides a rich taxonomic survey of American political journalism's dirty tricks. Heading into a 2020 election season that promises to be a Great Giza Pyramid Complex of invective and digital ugliness, Hate Inc. will be an invaluable antidote to the hidden poisons dished up by those we rely on to tell us what is happening in the world.