Our top ops guy, John, is a connoisseur of spooky stories. This week he's sharing his favorites in this special edition virtual bookshelf! So if you're looking for something to put you in the mood to celebrate Halloween a little differently this year, try one of these. John says they're sure to thrill! 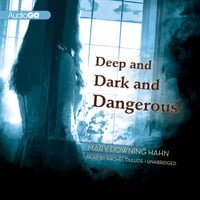 Deep and Dark and Dangerous by Mary Downing Hahn

Just before summer begins, thirteen-year-old Ali finds an old photograph. She recognizes the two children in it; one's her mother, the other her aunt Dulcie--but who is the third person, the one who's been torn out of the picture? Ali will have two months to figure it out, since she's spending the summer with her aunt and her cousin in the same house her mom and aunt used to visit when they were kids.Then Ali meets Sissy. Sissy is mean, spiteful, and determined to ruin Ali's summer. Sissy also has a secret. Could it have something to do with the old photo? Ali is dying to find out--though, if she's not careful, that may be exactly what happens to her. 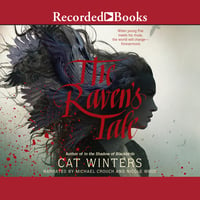 The Raven's Tale by Cat Winters

Seventeen-year-old Edgar Poe counts down the days until he can escape his foster family, the wealthy Allans of Richmond, Virginia. He hungers for his upcoming life as a student at the prestigious new university, almost as much as he longs to marry his beloved Elmira Royster. However, on the brink of his departure, all his plans go awry when a macabre Muse named Lenore appears to him. Muses are frightful creatures that lead Artists down a path of ruin and disgrace, and no respectable person could possibly understand or accept them. But Lenore steps out of the shadows with one request: "Let them see me!" 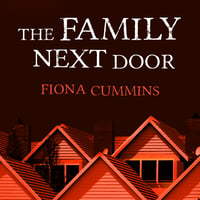 The Family Next Door by Fiona Cummins

For Sale: Lovely family home, ready for your updates. Friendly neighborhood setting close to park; secluded. If not for the bodies discovered in the woods behind their new home, Garrick and Olivia Lockwood couldn't have afforded to buy number 25 The Avenue. It's the fresh start they and their two children badly need. Soon, these terrible crimes will be solved, they tell themselves, and once Garrick has remodeled, he's confident they'll sell the house for a profit. But the darkest secrets can reside on quiet, ordinary streets like this-behind the doors of well-kept houses and neighbors' friendly faces. Secrets that can destroy a family, or savagely end a life, and will surface just when they're least expected . . . 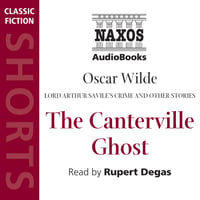 The Canterville Ghost by Oscar Wilde

A story about a ghost tries to frighten the new tenants of his home. It is part of Lord Arthur Savile's Crime and Other Stories, a collection of fascinating short stories which are subversive as well as entertaining. 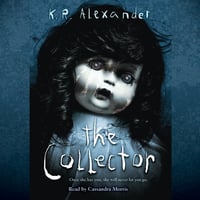 The Collector by K.R. Alexander

Josie always liked visiting her grandmother in the countryside. But when her mother loses her job in the city and they're forced to relocate along with Josie's sister, Annie, she realizes she doesn't like the country that much. Especially because Grandma Jeannie has some strange rules: Don't bring any dolls into the house. And never, ever go near the house in the woods behind their yard. Soon though, Josie manages to make friends with the most popular girl in the sixth grade, Vanessa. When Vanessa eventually invites Josie back to her house to hang out, Josie doesn't question it. Not even when Vanessa takes her into the woods, and down an old dirt road, toward the very house Grandma Jeannie had warned her about. As Josie gets caught up in her illicit friendship with Vanessa, Annie is caught in the crossfire. What follows is a chilling tale of dark magic, friendship, and some verrrrrry creepy dolls. 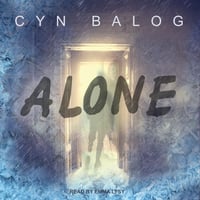 A must-read for lovers of Stephen King's The Shining will leave readers breathless as Seda and her family find themselves at the mercy of a murderer in an isolated and snowbound hotel. Get ready for what Kirkus calls, "A bloody, wonderfully creepy scare ride." When her mom inherits an old, crumbling mansion, Seda's almost excited to spend the summer there. The grounds are beautiful and it's fun to explore the sprawling house with its creepy rooms and secret passages. Except now her mom wants to renovate, rather than sell the estate-which means they're not going back to the city . . . or Seda's friends and school. As the days grow shorter, Seda is filled with dread. They're about to be cut off from the outside world, and she's not sure she can handle the solitude or the darkness it brings out in her. Then a group of teens get stranded near the mansion during a blizzard. Seda has no choice but to offer them shelter, even though she knows danger lurks in the dilapidated mansion-and in herself. And as the snow continues to fall, what Seda fears most is about to become her reality . . .