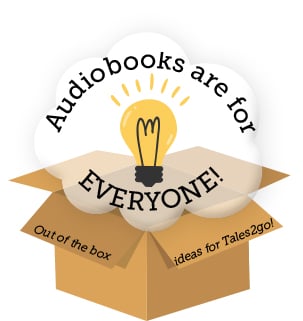 The school break is getting closer, and amidst all the excitement, many of you have gotten in touch with us as you prepare your students to continue their important listening work outside of school. For this week's installment of ideas for home listening, we're sharing four ideas that have come up this year. Whether you encourage out of the box listening as a continuation of work you've already begun, or as a way to jump start a project for the new calendar year, these are some great ideas that have been successful for many! As an added bonus, for those of you who are encouraging your fellow teachers, coaches, and librarians to get the word out, we've even created a single page flyer you can easily email or print!

Listening to a story as a family is a great way to rekindle or strengthen familial relationships. Many families will be traveling to visit relatives they may not have seen in some time, and this is a great ice breaker for getting everyone comfortable again quickly. Encouraging listening across generations can also spark conversation, sharing of family histories, and build invaluable foundations for continued open communication. Besides, for those who are traveling, listening to stories is a fantastic form of screen-free entertainment!

Story trains work in two main ways. The first is that each member of the group selects a story that incorporates a particular theme - perhaps family, or friendship, or even something like animals or adventure. Depending on the length of the stories, they can be listened to, read independently or aloud during the group gatherings or not. Younger children can bring in stories to share during group time each day for a month, or until everyone has had an opportunity to share. Groups of older students can create small groups to make recommendations.

Another way to start a story train is to start by sharing a story with the group and then have each member choose a number. The number indicates their place in story choosing order. The story they choose should include one commonality with the previous story. This encourages careful listening, engagement, and reading comprehension. Furthermore, students may preview several stories before settling on one to share, encouraging more exploration of the library.

For those of us who may not be able to visit with far-away friends and relatives, virtual book clubs can help us stay connected and bridge the distance. By listening "separately together" and then coming together to discuss on video calls, we create shared experiences. Family and friends who have been separated for long periods may find that regular "check-ins" or video calls may have become routine or monotonous. Adding a story to share means always having something new to discuss!

This is a project more and more schools have been trying - with great success. You've heard of One Book, One School. This is like that, but bigger - incorporating other members of the community - some schools have engaged senior living communities, local companies, and other community groups. It's fantastic to see the inter-generational sharing and excitement that these projects have sparked. By offering multiple access points to the story - paper copies, audio, read-alongs, and story times, many more community members can enjoy and get involved. One school community chose a story that was adapted into a movie and was treated to a video call with one of the movie's creators because a community member was a close friend!

How will you be encouraging listening outside the box over the break? Click here to download the printable flyer. Here are some of the stories subscribers have used in their out of the box listening projects: 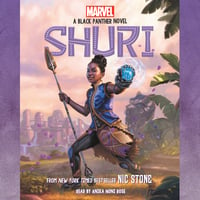 An original, upper-middle-grade series starring the break-out character from the Black Panther comics and films: T'Challa's younger sister, Shuri! Shuri is a skilled martial artist, a genius, and a master of science and technology. But, she's also a teenager. And a princess. Follow Shuri as she sets out on a quest to save her homeland of Wakanda. For centuries, the Chieftain of Wakana (the Black Panther) has gained his powers through the juices of the Heart Shaped Herb. Indeed, even Shuri herself has gained powers from this mythical herb, which grows only in Wakanda. Much like Vibranium, the Heart Shaped Herb is essential to the survival and prosperity of Wakanda. But something is wrong. The plants are no longer growing. No matter what the people of Wakanda do, they can't create new herbs. And their supply is running short. It's up to Shuri to travel from Wakanda in order to discover what is killing the Herb, and how she can save it! 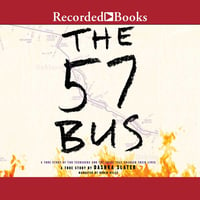 The 57 Bus by Dashka Slater

This riveting nonfiction book for teens about race, class, gender, crime, and punishment tells the true story of an agender teen who was set on fire by another teen while riding a bus in Oakland, California. One teenager in a skirt. One teenager with a lighter. One moment that changes both of their lives forever. If it weren't for the 57 bus, Sasha and Richard never would have met. Both were high school students from Oakland, California, one of the most diverse cities in the country, but they inhabited different worlds. Sasha, a white teen, lived in the middle-class foothills and attended a small private school. Richard, a black teen, lived in the crime-plagued flatlands and attended a large public one. Each day, their paths overlapped for a mere eight minutes. But one afternoon on the bus ride home from school, a single reckless act left Sasha severely burned, and Richard charged with two hate crimes and facing life imprisonment. The case garnered international attention, thrusting both teenagers into the spotlight. 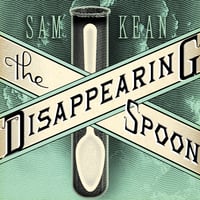 The Disappearing Spoon by Sam Kean

The periodic table is one of man's crowning scientific achievements. But it's also a treasure trove of stories of passion, adventure, betrayal, and obsession. The infectious tales and astounding details in The Disappearing Spoon follow carbon, neon, silicon, and gold as they play out their parts in human history, finance, mythology, war, the arts, poison, and the lives of the (frequently) mad scientists who discovered them. Why did Gandhi hate iodine? Why did the Japanese kill Godzilla with missiles made of cadmium? And why did tellurium lead to the most bizarre gold rush in history? From the Big Bang to the end of time, it's all in The Disappearing Spoon. 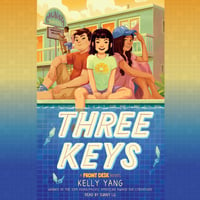 Mia Tang thinks she's going to have the best year ever. She and her parents are the proud owners of the Calivista Motel, Mia gets to run the front desk with her best friend, Lupe, and she's finally getting somewhere with her writing! But as it turns out, sixth grade is no picnic... 1. Mia's new teacher doesn't think her writing is all that great. And her entire class finds out she lives and works in a motel! 2. The motel is struggling, and Mia has to answer to the Calivista's many, many worried investors. 3. A new immigration law is looming and if it passes, it will threaten everything -- and everyone -- in Mia's life. It's a roller coaster of challenges, and Mia needs all of her determination to hang on tight. But if anyone can find the key to getting through turbulent times, it's Mia Tang! 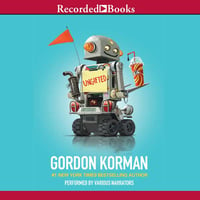 Teens and pre-teens flock to any new offering from New York Times best-selling author Gordon Korman. Told through multiple viewpoints, Ungifted follows Donovan Curtis and his year at a magnet school for gifted and talented kids. Thanks to an administrative foul-up, the decidedly mediocre student Donovan finds himself enrolled in the Academy of Scholastic Distinction. Out of place and out of luck, Donovan joins the robotics team. And while he learns a few lessons from his gifted classmates, he also teaches a few of his own.

Please Share This
Related Posts
Home for the Holidays

Blog
Home for the Holidays Intentions and Beyond