How do you incorporate Native American history into your curriculum? A history of the United States is certainly incomplete without discussion of the peoples who lived with, cultivated, and cared for this land before any European settlers ever arrived. To support your lesson plans, we're featuring a few of the Indigenous History stories from our Social Justice subject area.

A Sorrow in Our Heart: The Life of Tecumseh by Allen W. Eckert

A biography of the famous Shawnee describes Tecumseh's plan to amalgamate all North American tribes into one people, his role as statesman and military strategist, and his death in the Battle of Thames. 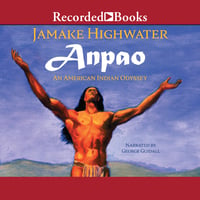 When Anpao falls in love with the beatuiful Ko-Ko-mik-e-is, she tells him she belongs to the Sun alone. Before they can marry, Anpao must complete a dangerous journey to the house of the Sun to get permission to wed his beloved. As a sign of the Sun's approval, the scars will be melted from Anpao's tawny cheek. This journey takes him backwards and forward in time and space, from the dawn of time to his eerie meeting with the deathhorse and its horrific rider, Smallpox. In translating ancient legends into a modern folktale, the author allows the non-Indian listener rare insights into a Native American view of history, retaining the other-worldly, magical quality of Indian tradition, making Anpao a uniquely enriching and unforgettable listening experience.

Bearstone by Will Hobbes

Growing up without parents and without schooling, 14-year-old Cloyd is trouble—trouble to himself and everyone else. Sent by his tribe to a home for Indian boys, he is alone and half-wild in remote Utah canyons. As his feeling of isolation turns to desperation, he runs away to find even more trouble. When Cloyd is found and taken to live with an old rancher, he begins to explore the countryside. High in the majestic Colorado mountains, he finds a small carved turquoise bear in an Indian burial cave. Secretly renaming himself Lone Bear, Cloyd calls upon his ancient ancestors to give him the courage to accept an old man's love and friendship. Bearstone is an IRA/CBC Teachers Choice Book, and a Notable Children's Trade Book in the field of Social Studies. It also won the Mountain & Plains Booksellers Association Children's Book Award. Veteran narrator George Guidall masterfully grasps Will Hobbs' award-winning story.

The compelling account of how two heritages united in their struggle to gain freedom and equality in America. The first paths to freedom taken by runaway slaves led to Native American villages. There, black men and women found acceptance and friendship among our country's original inhabitants. Though they seldom appear in textbooks and movies, the children of Native- and African-American marriages helped shape the early days of the fur trade, added a new dimension to frontier diplomacy, and made a daring contribution to the fight for American liberty. Since its original publication, William Loren Katz's Black Indians has remained the definitive work on a long, arduous quest for freedom and equality. This new edition includes updated information about a neglected chapter in American history. 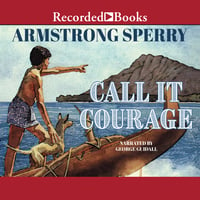 Call It Courage by Armstrong Perry

Mafatu's name means Stout Heart, but the people of Hikueru call him a coward. He fears the sea and the powerful Sea God Moana because years ago, the powerful tides killed his mother. Such fear is shameful on this island, where the seafaring people revere bravery. One day, young Mafatu can no longer stand the jeers and taunts of the braver boys. With his faithful dog, Uri, he steals an outrigger canoe and paddles into the Polynesian sea to conquer his fear. But what awaits Mafatu beyond Hikueru's sunny horizon is more than just courage. It is a dangerous passage that will shipwreck him on an island covered with forbidden idols, cross the path of a tribe of cannibals, and finally strip away his boyhood fears to make him a man. Told with openhearted simplicity, this Newbery Award-winning tale of coming-of-age in early Polynesia possesses a vivid appeal as wide and enduring as the ocean itself. 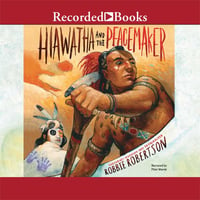 Hiawatha and the Peacemaker by Robbie Robertson

Born of Mohawk and Cayuga descent, musical icon Robbie Robertson learned the story of Hiawatha and his spiritual guide, the Peacemaker, as part of the Iroquois oral tradition. Now he shares the same gift of storytelling with a new generation. Hiawatha was a strong and articulate Mohawk who was chosen to translate the Peacemaker's message of unity for the five warring Iroquois nations during the 14th century. This message not only succeeded in uniting the tribes but also forever changed how the Iroquois governed themselves-a blueprint for democracy that would later inspire the authors of the U.S. Constitution. 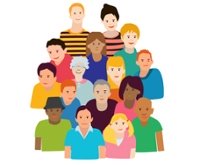