Not So Guilty Listening 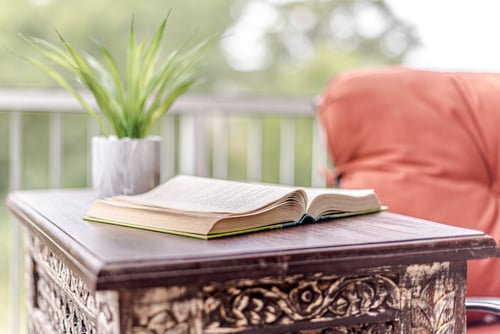 We all have those stories we like to listen to when we just need something comforting after a long day or week. Those stories that we've re-read so many times, we almost know them by heart. The stories that we probably don't mention to a lot of people, but as soon as we hear the first sentence, our bodies noticeably relax. You know the ones. Well, I'm here to tell you that those stories shouldn't be kept secret! There's absolutely no shame in having a favorite comfort book that you know you can turn to when life gets challenging. I'd argue that having a story (or two, or a whole genre) that you know can relax and refresh you is a great life skill.

Self-soothing is a term often associated with babies and very young children. In that context, it refers to an infant's ability to calm down, or fall asleep. It's critical for babies to learn to self-soothing techniques to quell their own stress responses and regulate their own moods and emotions. In older children and adults, self-soothing is an equally important skill. When we are anxious, stressed, or otherwise upset, we need ways to calm ourselves down so we can appropriately address the situation at hand. By having a variety of calming techniques available to us, we can choose a method that best fits the moment. For example, many people find warm bubble baths relaxing, and an ideal way to rest the nerves after a stressful work day. However, if the stressful situation is in the middle of an airport full of waylaid passengers, drawing a hot bath is not an easily attainable remedy. Instead, a more portable solution like taking several deep breaths, eyes closed, whilst imagining a serene beach might be more suitable.

Listening to an engaging story, expertly performed can be a perfect self-soothing technique. In fact, it is one that we've been hearing subscribers mention increasingly often. Students can find respite from the pressures of every day life in a fantastic story. Even better if that story is part of a series so students can keep the adventure going a little longer before re-reading. Perhaps unsurprisingly, more and more adults have been praising audiobooks as a new go-to for stress relief. Our social media feeds are full of posts about the joys of getting lost in a good book or wondering what story to escape to next.

Whether you've been indulging in stories for relaxation for a long time or you're just starting out, I'm here to encourage you to keep at it! I think of it as the least expensive vacation ever - no expenditure of money or (importantly) energy for packing or traveling. Even better, if I can get a friend or family member to read the same book, we can discuss it just like if we were to have an experience together! Hoping I've sparked an interest, here are some great adventure and fantasy stories that are definitely not guilty pleasures. 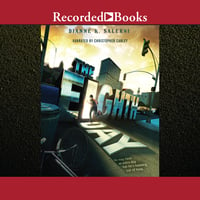 Fans of Percy Jackson will devour this first book in Dianne K. Salerni's time-bending series that combines exciting magic and pulse-pounding suspense. In this riveting fantasy adventure, thirteen-year-old Jax Aubrey discovers a secret eighth day with roots tracing back to Arthurian legend. When Jax wakes up to a world without any people in it, he assumes it's the zombie apocalypse. But when he runs into his eighteen-year-old guardian, Riley Pendare, he learns that he's really in the eighth day—an extra day sandwiched between Wednesday and Thursday. Some people—like Jax and Riley—are Transitioners, able to live in all eight days, while others, including Evangeline, the elusive teenage girl who's been hiding in the house next door, exist only on this special day. And there's a reason Evangeline's hiding. She is a descendant of the powerful wizard Merlin, and there is a group of people who wish to use her in order to destroy the normal seven-day world and all who live in it. 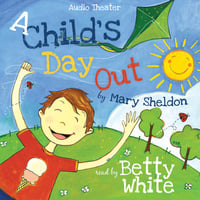 A Child's Day Out (Read by Betty White) by Mary Sheldon

Children will enjoy hearing Betty White, the popular television personality, narrate these seven stories for a whole week of adventures. The stories in this collection will take children on seven enjoyably entertaining outings with the delightful Betty White as their companion. Included here are: "Day at the Aquarium," "Day at the Farm," "Day at the Library," "Day at the Zoo," "Day at Santa's Workshop," "Day at the City," and "Day with Dad at the County Fair." 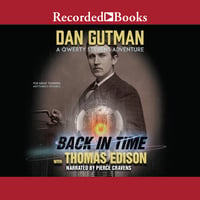 Back in Time with Thomas Edison by Dan Gutman

Robert Edwards Stevens, nicknamed "Qwerty," likes digging in his backyard when he's in a bad mood. He doesn't dig for anything special - he just digs to get his mind off things. One day, when he's really angry and has a lot on his mind, he starts digging … and THUNK! He hits something, a wooden box with a famous signature: Thomas A. Edison. Is this a phonograph created by the famous inventor himself? Or is it something even more incredible - something that could take Qwerty right to Thomas Edison's doorstep? Get ready for one remarkable time-travel adventure! 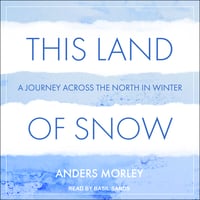 This Land of Snow: A Journey Across the North in Winter by Anders Morley

A passionate skier since he was a child, Anders Morley dreamed of going on a significant adventure, something bold and of his own design. And so one year in his early thirties, he decided to strap on cross-country skis to travel across Canada in the winter alone. This Land of Snow is about that journey and a man who must come to terms with what he has left behind, as well as how he wants to continue living after his trip is over. It is an honest, thoughtful, and humorous reckoning of an adventure filled with adrenaline and exuberance, as well as mistakes and danger. Along the way listeners gain insight, both charming and fascinating, into Northern outdoor culture and modern-day wilderness living, the history of northern exploration and Nordic skiing, the right to roam movement, winter ecology, and more.

An inquisitive polar bear named Duane befriends an array of animals as he discovers where he belongs in this charming classic-in-the making. In the Very, Very Far North, past the Cold, Cold Ocean and just below the hill that looks like a baby whale, you'll find Duane and his friends. Duane is a sweet and curious young bear who makes friends with everyone he meets-whether they're bossy, like Major Puff the puffin, or a bit vain, like Handsome the musk ox, or very, very shy, like Boo the caribou. For these arctic friends, every day is a new adventure!

We Came, We Saw, We Left: A Family Gap Year by Charles Wheelan

Charlie Wheelan and his family do what others dream of: They take a year off to travel the world. This is their story. What would happen if you quit your life for a year? In a pre-COVID-19 world, the Wheelan family decided to find out; leaving behind work, school, and even the family dogs to travel the world on a modest budget. Equal parts "how-to" and "how-not-to" - and with an eye toward a world emerging from a pandemic - We Came, We Saw, We Left is the insightful and often hilarious account of one family's gap-year experiment. Wheelan answers questions like: How do you sneak out of a Peruvian town that has been barricaded by the local army? And where can you get treatment for a flesh-eating bacteria your daughter picked up two continents ago? From Colombia to Cambodia, We Came, We Saw, We Left chronicles nine months across six continents with three teenagers. What could go wrong?

A Knot in the Grain and Other Stories by Robin McKinley

Stories from the world of The Hero and the Crown and other magical places from the Newbery Medal winner. Robin McKinley returns to the mythical setting of The Hero and the Crown and The Blue Sword in this “thrilling, satisfying, and thought-provoking collection” featuring two stories set in the world of Damar, plus three other fantasy tales featuring adventurous, pragmatic, and heroic young women. 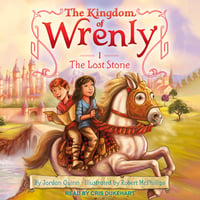 The Lost Stone by Jordan Quinn

Welcome to the Kingdom of Wrenly - a new series full of fantasy and adventure. Meet Lucas, the eight year-old prince, and Clara, the daughter of the queen's seamstress. Lucas is an only child who longs to make friends and go on adventures. Clara knows the kingdom well, so she and Lucas team up and explore the lands of Wrenly! In The Lost Stone, Lucas and Clara search for Queen Tasha's missing emerald. On their exciting adventure, they travel to all the main attractions of Wrenly: Primlox (the island of fairies), Burth (the island of trolls), Crestwood (the island of dragons), Hobsgrove (the island of wizards), and the beautiful Mermaid's Cove. King Caleb has promised to reward the person who finds the precious stone, and Lucas and Clara are determined to search the entire kingdom until they find it!

Blog
Intentions and Beyond Social Justice and Black History