Pull Up a Chair: New Stories!

Let's give a big, warm (virtual) welcome to Red Chair Press, the newest member of the Tales2go family! The first batch of books is already live in the library, so you can get into them right away. From exploring the seasons to re-imagined classics, your elementary and middle grade students will love listening to these titles. Here are just a few of our favorite picks - with many more to come!

To check out all the Red Chair Press titles, click here. 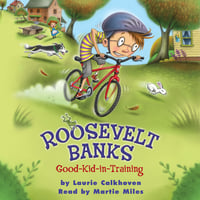 When ten-year-old Roosevelt Banks discovers that his two best friends are planning a bike & camping trip, he wants more than anything to go along. There’s just one problem - he doesn’t have a bike. Roosevelt’s parents agree to buy him a new bike if he can manage to be good for two whole weeks. How can Roosevelt be good and be the same fun guy his friends want on the camping trip? Trying to be good leads to more trouble than expected and to the discovery that being a good friend is more important than any bicycle. 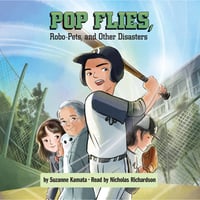 Pop Flies, Robo-Pets, and Other Disasters by Suzanne Kamata

Thirteen-year-old Satoshi Matsumoto spent the last three years living in Atlanta where he was the star of his middle-school baseball team – a slugger with pro potential, according to his coach. Now that his father’s work in the U.S. has come to an end, he’s moved back to his hometown in rural Japan. Living abroad has changed him, and now his old friends are suspicious of his new foreign ways. Even worse, his childhood foe Shintaro, whose dad has ties to gangsters, is in his homeroom. After he joins his new school’s baseball team, Satoshi has a chance to be a hero until he makes a major-league error. 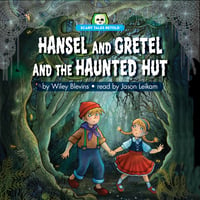 Poor Hansel and Gretel, cast out on their own by a wicked stepmother. You may think you know how the story ends, but think again!

The fall season can be truly amazing with colorful leaves in big soft piles, Halloween pumpkins and pumpkin pie. Oh my, what an Amazing Autumn.

We're excited to welcome the DorkTales Story Time Podcast to the Tales2go family!