Here on the East Coast, we're getting our first taste of winter weather and that has us all excited for a Snow Day! We've got our pjs on back to front (because that helps encourage the clouds to make snow), all the fixings for hot cocoa, and of course, some good stories picked out. How do you celebrate snow? If you're enjoying some snowy weather, or if you'd just like to pretend, we have some ideas to make it a day to remember! 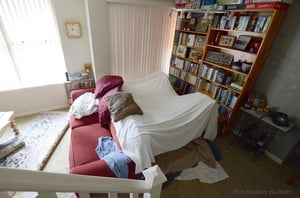 Building snow forts and igloos is always a favorite winter activity, but it does require the right kind of snow and quite a lot of it! If the clouds weren't so generous this time, you can still have fun making a fort inside the house! Gather some blankets, pillows and four chairs. Arrange the chairs in a square with the backs to each other and drape the blanket over them. Ta-da! Instant fort! Put another blanket down on the ground between the chairs and add some pillows and you have a perfect fort. 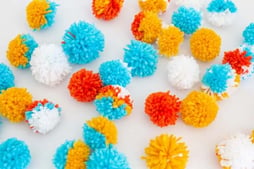 Even students in the warmest climates can enjoy the fun of a soft snowball fight. Cut up a cardboard box to make a pompom template and use yarn to whip up a batch of big pompoms. Construct ramparts for each side with two chairs draped in blankets and fire away!

It can be very relaxing to sit in front of a window and just watch the snow fall. Try putting on a Meditation Track and give your body and mind a break. If you're looking for something with more intrigue and adventure, try one of these: 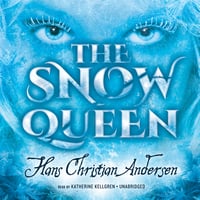 Hans Christian Andersen's beloved tale "The Snow Queen" is an enchanting story of the bond of love and friendship between young playmates Kai and Gerda. When a small shard of a wicked troll's broken mirror lodges in Kai's eye and heart, he loses his joyfulness and sees only the world's imperfections. With his heart turned to ice, the Snow Queen kidnaps him and returns to her castle in the far northern reaches of Lapland. Gerda, heartbroken but innocent and full of love, sets out to find her dear friend. Along the way she encounters a bewitching old woman, talking crows, a prince and princess, and others who help her on her journey. With childlike faith and pureness. she finds the strength to continue on to the Snow Queen's isolated palace, never giving up on hope that she will reunite with Kai and thaw his heart. Told in seven parts, this classic fairy tale is considered one of Andersen's finest works and has inspired countless other stories, including Disney's smash hit Frozen. Princess-obsessed kids and parents alike will be charmed by Gerda's perseverance and faith throughout this tale of friendship, love, and bravery. 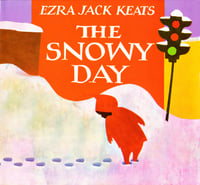 A small boy's enchantment with a city's snowfall has him making snow angels and snowballs, sliding down snow mountains - and looking forward to going outside again. 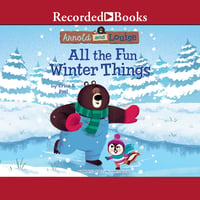 All the Fun Winter Things by Erica S. Perl

Snow has fallen and the pond is frozen, so Arnold knows that--as a bear--it's time to hibernate! But Louise insists that he'll miss all the fun winter things if he does, so she convinces him to try hibernating like a chipmunk instead. They'll sleep for a short time, wake up to go sledding or have a snowball fight, and repeat! The only problem is, Arnold can't seem to keep his eyes open. What if he can't stay awake for the winter fun? Exciting, easy-to-read books are the stepping stone a young reader needs to bridge the gap between being a beginner and being fluent. 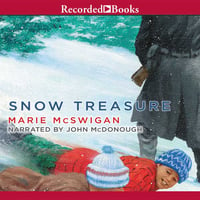 For 12-year-old Peter Lundstrom, the Norwegian winter of 1940 begins like any other. When he isn't in school, he spends the cold days outside, going sledding in the deep snow of his mountain village. But all around him, the adults are talking about the war that is raging through much of Europe. One day Uncle Victor warns that German soldiers will invade soon. He believes they will try to steal the bank's gold bullion. But he has a daring plan to protect the treasure. The only trouble is-it relies on Peter and his friends. Will the village children be able to fool the suspicious Nazis? Marie McSwigan's exciting Snow Treasure is based on the tale a Norwegian ship captain told as he unloaded a cargo of gold in Baltimore. Though the children and the village were never identified, the story is thought to be true by many. Narrator John McDonough's stirring performance captures the tension and adventure as Peter and his friends risk their lives to help their country. 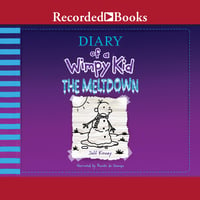 The Meltdown by Jeff Kinney

When snow shuts down Greg Heffley's middle school, his neighborhood transforms into a wintry battlefield. Rival groups fight over territory, build massive snow forts, and stage epic snowball fights. And in the crosshairs are Greg and his trusty best friend, Rowley Jefferson. It's a fight for survival as Greg and Rowley navigate alliances, betrayals, and warring gangs in a neighborhood meltdown. When the snow clears, will Greg and Rowley emerge as heroes? Or will they even survive to see another day?