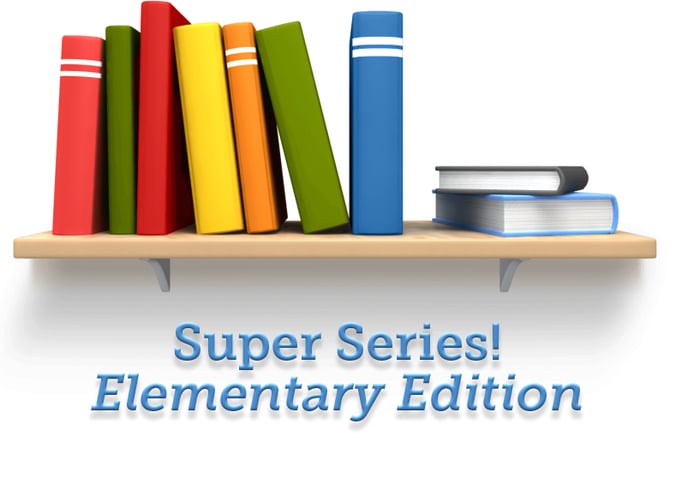 Series are a great way to introduce listening. Students can try a bunch of different stories, genres, or narrators until they find a story that gets them hooked. Once they find a story they like, the other titles in the series reel them in! By the time students get through the set (even if it's just a trilogy), listening has become an enjoyable part of their lives, making it easier to keep them going.

So, we're back with a whole new set. This post focuses on series for elementary students - hit the subscribe button to get notified when the middle and high school editions drop. There are a bunch of new series to talk about, so get yourself a cup of tea and settle in for a nice scroll!

This darkly imaginative middle grade series follows Gustav and Fernie as they journey to the Shadow Country to save their families from an evil lord.

Ivy and Bean meets Alien in my Pocket in this chapter book series about Frankie Sparks, a third grader who uses her love for science and math to help her solve problems she comes across in her daily life.

Jada Jones is the protagonist of this popular, celebrated series perfect for STEM fans! 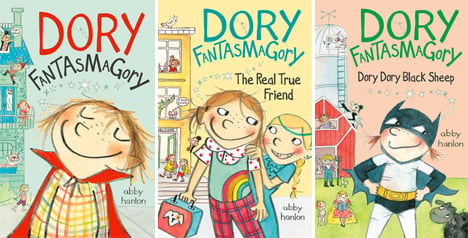 As the youngest member of her family, Dory is often left to her own devices—including her wild imagination, untiring energy, and a whole host of imaginary friends.  Bursting with charm and character, this hilarious series about an irresistible rascal is the new must-read for the chapter book set.

Mike Nawrocki, co-creator of VeggieTales, is back! In this hilarious new chapter-book series, ten-year-old Michael and his friend Justin sneak into the Dead Sea caves near the archaeological dig where Michael’s dad is working. Michael finds two 2,000-year-old squirrels petrified in sea salt. Hijinks ensue as Michael tries to bring them back to the U. S., hidden in his backpack. The Dead Sea Squirrels series is humorous, fun, and filled with character-building lessons.

From the #1 New York Times bestselling author, Drew Daywalt, comes a fresh new duo Monkey and Cake. When Cake decides to build an exclusive fort, Monkey feels left out. But before long, Cake discovers that being alone in a fort is no fun! Will these friends be able to work together, and find room for both of them? With Daywalt’s signature quirky style, the relatable humor of Elephant and Piggie, and the wise friendship of Frog and Toad, Monkey and Cake invites readers to laugh along and let their imaginations soar.