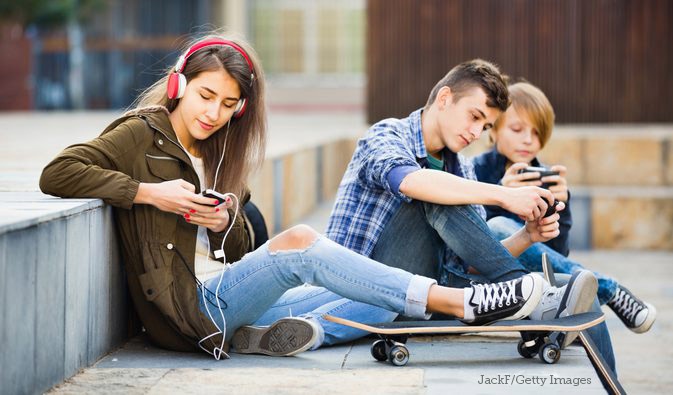 Teenagers these days are nearly inseparable from their digital devices. Many students listen to music during every minute of free time from the moment they wake up to the second they fall asleep. If they're listening anyway, wouldn't it be great if some of that listening time helped to improve their vocabularies and language skills? It can happen!

The key is to convince them to swap stories for some of their music listening time. Of course, it's tough to convince teens of much, but give them a taste of some audiobooks, and they'll be hooked. Speaking of getting a taste, a favorite hangout among teens is coffee shops. Encourage students to enjoy a story while they sip by setting up a book cafe. Print menus that highlight full-bodied books, and hot titles by genre in place of drinks. Create cozy corners to entice students to curl up with a good story. If you're feeling extra creative (and allow drinks in your library or classroom), you could even bring in teas or coffees to pair with titles. Earl Grey with a side of historical fiction perhaps? Scroll to the bottom of this post for free printables you can download to use as you get your own book cafe up and running. 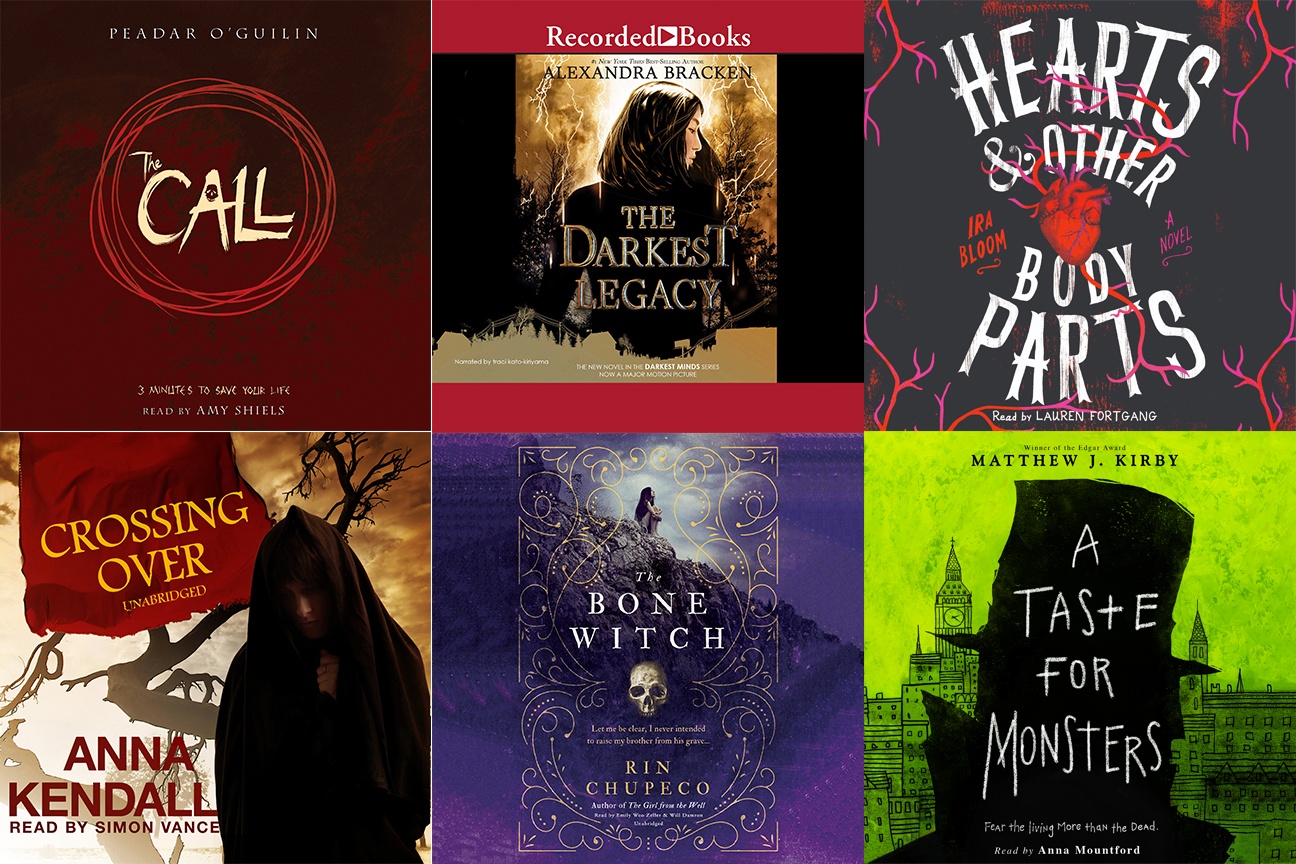 Hearts and Other Body Parts by Ira Bloom

Sisters Esme, Katy, and Ronnie are smart, talented, and gorgeous, and better yet . . . all three are witches. They have high school wired until the arrival of two new students. The first is Norman, who is almost eight feet tall and appears to be constructed of bolts and mismatched body parts. Despite his intimidating looks, Esme finds herself strangely -- almost romantically -- drawn to both his oversized brain and oversized heart. The second new arrival is Zack, an impossibly handsome late transfer from the UK who has the girls at school instantly mesmerized. Soon even sensible Esme has forgotten Norman, and all three sisters are in a flat-out hex war to win Zack. But while the magic is flying, only Norman seems to notice that students who wander off alone with Zack end up with crushed bones and memory loss. Or worse, missing entirely. HEARTS & OTHER BODY PARTS is a wickedly addictive novel about love, monsters, and loyalty. And oh yeah, a Japanese corpse-eating demon cat.

Crossing Over by Anna Kendall

Whether it's a curse, or a blessing, or an ability, the fact remains that whenever Roger is injured or in enough pain he crosses over to the land of the dead. Once there, there are rules. Only the newly dead will talk, for example, and nothing will raise the longer dead from their tranquility. There are rules in the land of the living as well, rules which would have Roger hanged for witchcraft if he was ever caught. But refusing to cross over isn't an option. His uncle depends on Roger to hide under the table in their fairground act, listen to the recently bereaved asking questions of their dear departed, and then cross over to find the answers. It's a hard way of life, made all the harder as his uncle's fists usually provide the trigger for Roger to cross over. It's not the only way of life, though, and when Roger sees a chance to escape he fights for it—little knowing that love, loss, shocking revelations and, ultimately, war lie ahead of him.

A Taste For Monsters by Matthew J. Kirby

The mesmerizing story of a young woman in Victorian London, who, haunted by the ghosts of Jack the Ripper's victims, is set on a terrifying path to salvation. The real monsters are men. London 1888, and Jack the Ripper is terrorizing the people of the city. Evelyn, a young woman disfigured by her dangerous work in a matchstick factory with nowhere to go, does not know what to make of her new position as a maid to the Elephant Man in London Hospital. Evelyn wanted to be locked away from the world, like he is, shut away from the filth and dangers of the streets. But in Joseph Merrick, the Elephant Man, she finds a gentle kindred, who does not recoil from her, and who understands her pain. When the murders begin, however, Joseph and Evelyn are haunted nightly by the ghosts of the Ripper's dead, setting Evelyn on a path to facing her fears and uncovering humanity's worst nightmares. A terrifying and haunting tale from the Edgar Award-winning author of Icefall and the Assassin's Creed novels, Matthew J. Kirby. 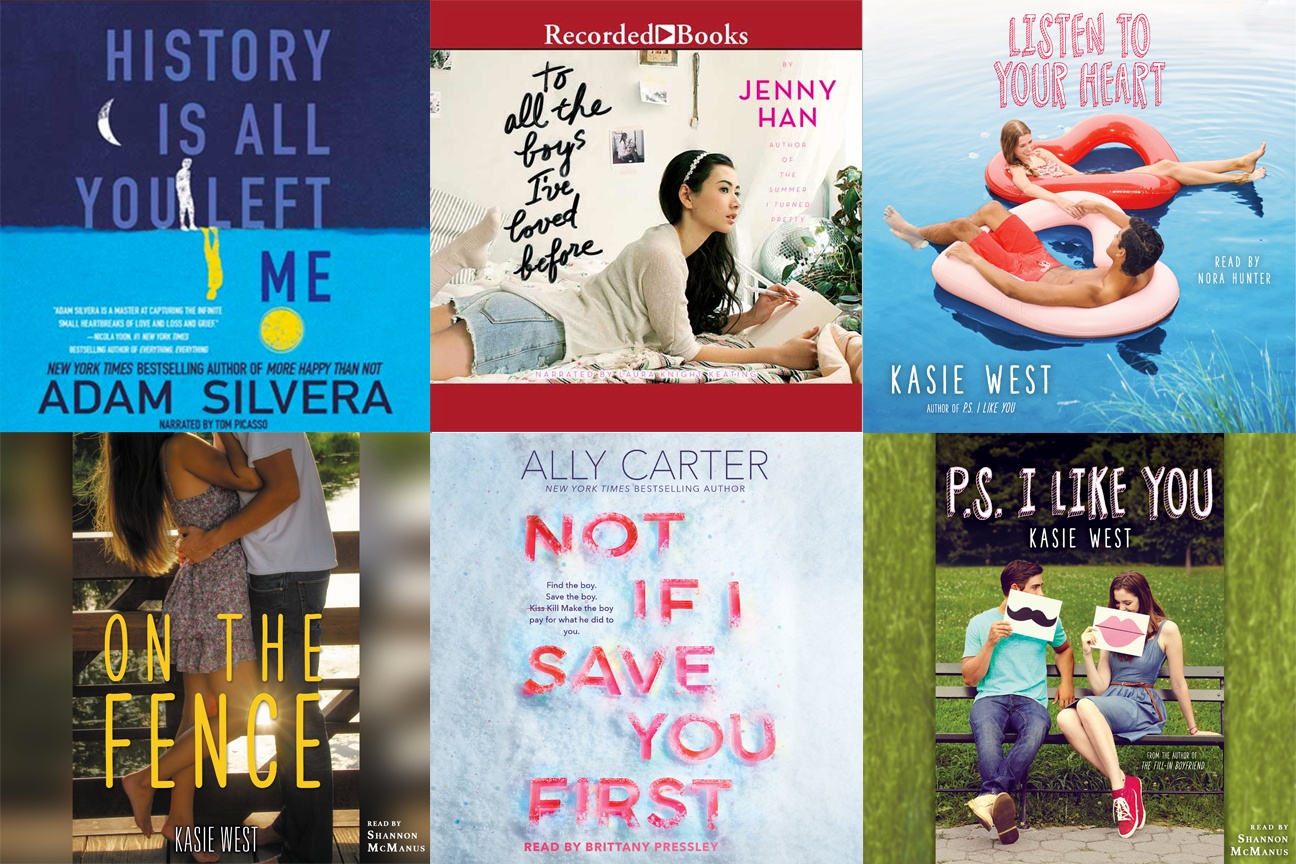 History is All You Left Me by Adam Silvera

OCD-afflicted Griffin has just lost his first love, Theo, in a drowning accident. In an attempt to hold onto every piece of the past, he forges a friendship with Theo's last boyfriend, Jackson. When Jackson begins to exhibit signs of guilt, Griffin suspects he's hiding something, and will stop at nothing to get to the truth about Theo's death. But as the grieving pair grows closer, readers will question Griffin's own version of the truth-both in terms of what he's willing to hide and what true love means.

To All The Boys I've Loved Before by Jenny Han

Not if I Save You First by Ally Carter

Bestselling author Ally Carter returns with an exciting stand-alone novel, about a girl stranded in the middle of the Alaskan wilderness with the boy who wronged her . . . as an assassin moves in. Maddie and Logan were torn apart by a kidnapping attempt when they were young. They were only kids -- Logan's dad was POTUS and Maddie's father was the Secret Service agent meant to guard him. The kidnappers were stopped -- but Maddie was whisked off to Alaska with her father, for safety. Maddie and Logan had been inseparable . . . but then she never heard from him again. Now it's a few years later. Maggie's a teenager, used to living a solitary life with her father. It's quiet -- until Logan is sent to join them. After all this time without word, Maddie has nothing to say to him -- until their outpost is attacked, and Logan is taken. They won't be out of the woods until they're . . . out of the woods, and Maddie's managed to thwart the foes and reconcile with Logan.

Bold and Intense: Stories of Adventure and Perseverance 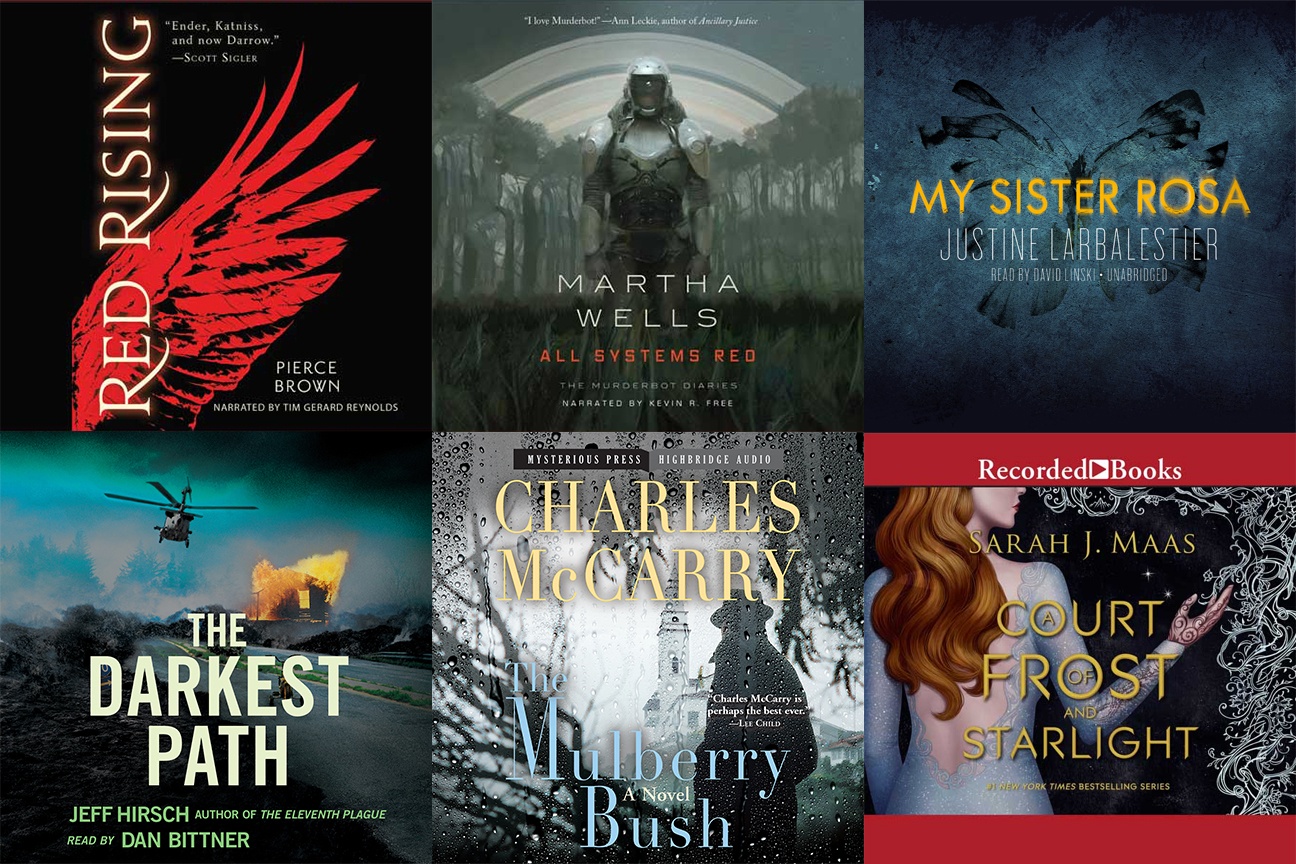 All Systems Red: The Murderbot Diaries by Martha Wells

All Systems Red by Martha Wells begins The Murderbot Diaries, a new science fiction action and adventure series that tackles questions of the ethics of sentient robotics. The main character is a deadly security droid that has bucked its restrictive programming and is balanced between contemplative self-discovery and an idle instinct to kill all humans. In a corporate-dominated spacefaring future, planetary missions must be approved and supplied by the Company. Exploratory teams are accompanied by Company-supplied security androids, for their own safety. But in a society where contracts are awarded to the lowest bidder, safety isn't a primary concern. On a distant planet, a team of scientists are conducting surface tests, shadowed by their Company-supplied 'droid - a self-aware SecUnit that has hacked its own governor module, and refers to itself (though never out loud) as "Murderbot." Scornful of humans, all it really wants is to be left alone long enough to figure out who it is. But when a neighboring mission goes dark, it's up to the scientists and their Murderbot to get to the truth.

My Sister Rosa by Justine Larbalestier

What if the most terrifying person you know is your ten-year-old sister? ... Seventeen-year-old Aussie Che Taylor loves his younger sister Rosa. But he's also certain that she's a diagnosable psychopath--clinically, threateningly, dangerously. Recently Rosa has been making trouble, hurting things. Che is the only one who knows; he's the only one his sister trusts. Rosa is smart, talented, pretty, and very good at hiding what she is and the violence she's capable of. Their parents, whose business takes the family from place to place, brush off the warning signs as Rosa's "acting out." Now that they have moved again--from Bangkok to New York City--their new hometown provides far too many opportunities for Rosa to play her increasingly complex and disturbing games. Alone, Che must balance his desire to protect Rosa from the world with the desperate need to protect the world from her.

The Mulberry Bush by Charles McCarry

The Mulberry Bush burns with the fury of the wronged, as personal vendetta and political idealism collide. In a rose garden in Buenos Aires, an unnamed American spy meets the beautiful daughter of a famous Argentinean revolutionary. He becomes infatuated, and so does she. But he is no ordinary spy he is an off-the-books lone wolf who spent his first five years working for Headquarters hunting terrorists in the Middle East. Unbeknownst to his lenient handlers, he is loyal to a hidden agenda: to avenge his father, who was laughed out of Headquarters many years before and died a beggar. Steeped in the knowledge of modern-day tradecraft, The Mulberry Bush is a potent and seductive novel that explores what happens when the most powerful political motivator is revenge. 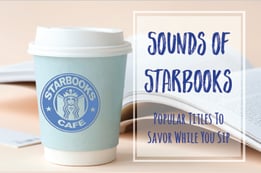 Fill out this menu with enticing titles and then print to display around your book cafe. You could also allow students to browse the library for physical and audio books and use this menu as an "ordering sheet" on which they can record titles they might be interested in checking out later.

Print Starbooks logo stickers for cups if you're serving drinks at your cafe or use the design file to create your own "branded" materials. If you use a Silhouette Cameo, we've created print and cut files as well!

Not much time with your students? Encourage them to "order online" by downloading the Tales2go app to their personal devices. From there, they have access to the whole catalog of titles and can choose whatever they like, whenever they like! Print these "Sounds of Starbooks" cards to hand out highlighting popular titles! The QR code will take them straight to the app store for easy downloading - just like the playlist cards at some popular coffee houses.