These are some of the top titles amongst elementary level listeners. Best of all, they're all available to stream now, and throughout the summer!

Boy at the Back of the Class by Onjali Q. Rauf

Told with humor and heart, The Boy at the Back of the Class offers a child's perspective on the refugee crisis, highlighting the importance of friendship and kindness in a world that doesn't always make sense. There used to be an empty chair at the back of the classroom, but now a new kid fills it: nine-year-old Ahmet, a Syrian refugee. The class is curious about this new boy - he doesn't seem to smile or talk much. But after learning that Ahmet fled a Very Real War and was separated from his family along the way, a determined group of his classmates bands together to concoct the Greatest Idea in the World - a magnificent plan to reunite Ahmet with his loved ones. This kid-friendly story about the refugee crisis highlights the community-changing potential of standing as an ally and reminds readers that everyone deserves a place to call home.

EllRay Jakes finally grows up (a little) by playing basketball in this ninth book in the series. There's a new game in town: basketball! Or in EllRay's case, "pre"-basketball. Coach Havens has all the third graders dribbling, passing, and shooting, and he's quick to compliment EllRay's skills. No one else seems to notice them, however, and as 'the shortest kid in the class,' EllRay is still chosen last for teams at recess. What's a short guy gotta do to get noticed? When EllRay comes up with a plan that involves the off-limits teacher's lounge, "everyone" does a double take!

Forget Me Not by Ellie Terry

Astronomy-loving Calliope June has Tourette syndrome, so she sometimes makes faces or noises that she doesn't mean to make. When she and her mother move yet again, she tries to hide her TS. But it isn't long before the kids at her new school realize she's different. Only Calliope's neighbor, who is also the popular student body president, sees her as she truly is-an interesting person and a good friend. But is he brave enough to take their friendship public? As Calliope navigates school, she must also face her mother's new relationship and the fact that they might be moving-again-just as she starts to make friends and finally accept her differences. Ellie Terry's affecting debut will speak to a wide audience about being true to oneself. 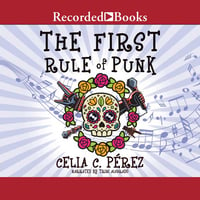 The First Rule of Punk by Celia C. Perez

Roller Girl meets School of Rock in this middle grade novel about identity, friendship, and riot-grrrl power by librarian and debut author Celia C. Perez. There are no shortcuts to surviving your first day at a new school-you can't fix it with duct tape like you would your Chuck Taylors. On Day One, twelve-year-old Malu (Maria Luisa, if you want to annoy her) inadvertently upsets Posada Middle School's queen bee, violates the school's dress code with her punk rock look, and disappoints her college-professor mom in the process. Her dad, who now lives a thousand miles away, says things will get better as long as she remembers the first rule of punk: be yourself. The real Malu loves rock music, skateboarding, zines, and Soyrizo (hold the cilantro, please). And when she assembles a group of like-minded misfits at school and starts a band, Malu finally begins to feel at home. She'll do anything to preserve this, which includes standing up to an anti-punk school administration to fight for her right to express herself! 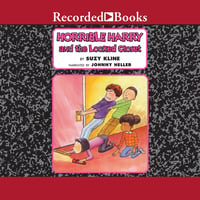 Horrible Harry and the Locked Closet by Suzy Kline

Suzy Kline's best-selling Horrible Harry series is a favorite of early readers and their parents and teachers alike. It's been raining cats and dogs all week, and the students in Room 3B are getting restless-especially that rascal Harry! The kids have always wondered about the strange, locked closet in the back of Miss Mackle's classroom. Now they might just get a chance to find out what's inside. 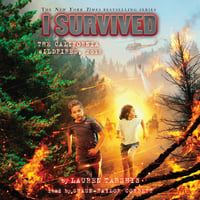 I Survived the California Wildfires, 2018 by Lauren Tarshis

The people of northern California were used to living with the threat of wildfires. But nothing could have prepared them for the
devastating 2018 fire season, the deadliest in 100 years and the most destructive in history. 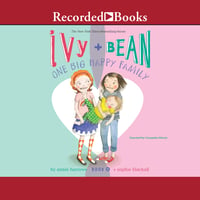 Ivy & Bean are back . . . and they are funnier than ever! Ivy's worried. She's read a lot of books about only children, so she knows that they are sometimes spoiled rotten. They don't share their toys. They never do any work. They scream and cry when they don't get their way. Spoiler alert! Ivy doesn't have any brothers or sisters. That's why she's worried. How can she keep from getting spoiled? She could give away all her clothes, but she'd probably get in trouble. She could give away all her toys, but she likes her toys. There's really only one solution: she needs a baby sister, on the double! Luckily, Ivy and Bean know just where to get one. 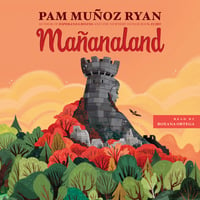 Max loves stories, especially the fantastical tale Buelo tells him about a mystical gatekeeper who can guide brave travelers on a journey into tomorrow. If Max could see tomorrow, he would know if he'd make Santa Maria's celebrated futbol team, and whether he'd ever find his mother, who left when he was a baby. Papa refuses to talk about her, so Max has learned to stop asking. But when Papa is forced to reveal his involvement in an underground network of guardians that led people fleeing a neighboring country to safety, and the surprising reason Max's spot on the futbol team may be threatened, everything he knew about himself and his family is upended. A treasured compass, a haunted tower, a mysterious stone rubbing, and a peregrine falcon propel Max on a dangerous search for clues about who he is and what the future holds. 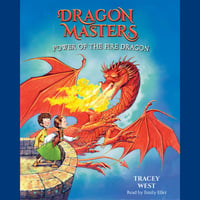 The Dragon Masters are going to visit Queen Rose's kingdom. But Rori and Drake must stay behind. Then a four-headed dragon attacks the castle--and Maldred is riding it! How is Maldred controlling this giant dragon? Will Rori and Drake have to battle the dark wizard on their own? 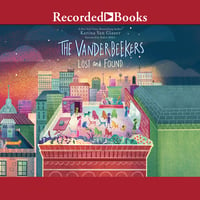 The Vanderbeekers Lost and Found by Karina Yan Glaser

When autumn arrives on 141st Street, the Vanderbeekers are busy helping Mr. Beiderman get ready for the New York City Marathon and making sure the mysterious person sleeping in the community garden gets enough to eat. But when they discover the true identity of the person making a home in the community garden’s shed, their world turns upside down as they learn what it means to care for someone in an impossible situation. In this fourth book in the Vanderbeekers series, return to 141st Street with Isa, Jessie, Oliver, Hyacinth, and Laney as they attempt to make their neighborhood a better place, one heartfelt plan at a time. 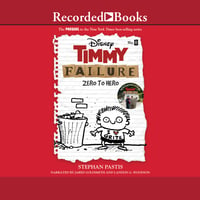 The prequel to the New York Times best-selling series that's soon to be a movie on Disney+! ... Timmy Failure is not just any detective-he is the greatest detective in his town, perhaps the nation. He is so famous that there have been seven books written about his life. Plus a movie. And so he has agreed to provide the world with his extraordinary origin story, as dictated to his biographer and best friend, Charles "Rollo" Tookus. New York Times best-selling author Stephan Pastis is back with the hilariously heartwarming tale of how it all started for our favorite clueless detective-including how he got that red scarf!