This was the first year we included a Grown Ups list of recommendations in our summer listening program. The response this year has been so overwhelming and positive! We're sorry we didn't do this sooner, but from now on, rest assured that we'll remember to give grown ups some book love too!

This week, we've got a lineup of the titles grown ups can't get enough of right now. There's no shame if you're piggy back-ing on your child(ren)'s account! Modeling behaviors like listening is one of the best ways to support (and encourage) students' best literacy practices. 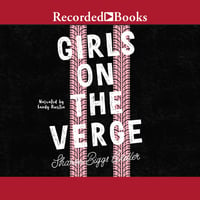 Girls on the Verge by Sharon Biggs Waller

A powerful, timely coming-of-age story about a young woman from Texas who goes on a road trip with two friends to get an abortion, from award-winning author Sharon Biggs Waller. Camille couldn't be having a better summer. But on the very night she learns she got into a prestigious theater program, she also finds out she’s pregnant. She definitely can’t tell her parents. And her best friend, Bea, doesn’t agree with the decision Camille has made.

In Buffett's Tips: A Guide to Financial Literacy and Life award-winning professor John M. Longo sorts through the mountain of advice that Buffett has given over the years and distills it down into 100 easy-to-understand lessons. Everything young (and old!) people need to know about finance is in this book. From the different types of bank accounts to the basics of investing and risk management, this book teaches listeners how to live healthy financial lives. Not only is he one of the richest people in the history of the world, Warren Buffett is a happy person who lives an ethical life. In this book, listeners will find nuggets of Buffett wisdom on everything from where to go to college to what kind of cars to drive and how to be well liked among employees and friends. 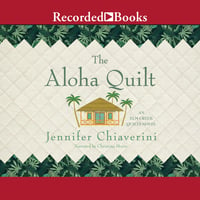 The Aloha Quilt by Jennifer Chiaverini

Best-selling author Jennifer Chiaverini has captivated fans around the world with her beloved Elm Creek Quilts novels, which have even spawned a line of fabrics inspired by the series. In this moving tale, Bonnie's quilting shop goes out of business just as her divorce approaches. But Bonnie gets a chance to escape when her old friend Claire invites her to Hawaii to help launch a new quilter's retreat at a charming bed and breakfast.

The Called Shot: Babe Ruth, the Chicago Cubs, and the Unforgettable Major League Baseball Season of 1932 by Thomas Wolf

In the summer of 1932, at the beginning of the turbulent decade that would remake America, baseball fans were treated to one of the most thrilling seasons in the history of the sport. As the nation drifted deeper into the Great Depression and reeled from social unrest, baseball was a diversion for a troubled country—and yet the world of baseball was marked by the same edginess that pervaded the national scene. 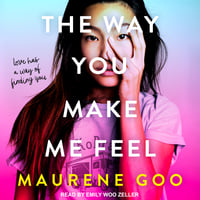 The Way You Make Me Feel by Maurene Goo

Clara Shin lives for pranks and disruption. When she takes one joke too far, her dad sentences her to a summer working on his food truck, the KoBra, alongside her uptight classmate Rose Carver. Not the carefree summer Clara had imagined. But maybe Rose isn't so bad. Maybe the boy named Hamlet (yes, Hamlet) crushing on her is pretty cute. Maybe Clara actually feels invested in her dad’s business. What if taking this summer seriously means that Clara has to leave her old self behind? 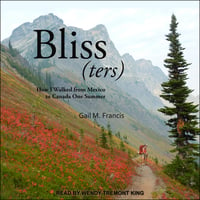 Bliss(ters): How I Walked from Mexico to Canada One Summer by Gail Francis

Just before her 40th birthday, Gail Francis quit her perfectly good job and set out to hike one of the great trails of the world. Carrying everything she needed on her back, Francis spent five months walking from Mexico to Canada along the Pacific Crest Trail. Along the way, she lost her pack scrambling over scree in the desert, struggled to navigate high mountain passes, and wore the soles off her boots trekking across lava fields — all within some of the most pristine wilderness in the nation. Though she set out alone, her story includes an eclectic cast of characters. From the man walking the entire 2,700 miles in a series of twenty-six wedding dresses, to the woman making the journey in the company of her pet mouse, Francis learned to count on her fellow hikers for entertainment as well as a few important life lessons. 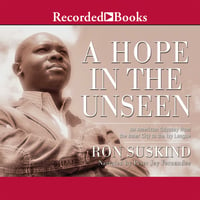 A Hope in the Unseen: An American Odyssey from the Inner City to the Ivy League by Ron Suskind

It is 1993, and Cedric Jennings is a bright and ferociously determined honor student at Ballou, a high school in one of Washington D.C.’s most dangerous neighborhoods, where the dropout rate is well into double digits and just 80 students out of more than 1,350 boast an average of B or better. At Ballou, Cedric has almost no friends. He eats lunch in a classroom most days, plowing through the extra work he has asked for, knowing that he’s really competing with kids from other, harder schools. Cedric Jennings’s driving ambition–which is fully supported by his forceful mother–is to attend a top-flight college. 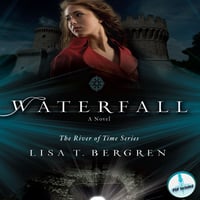 Most American teenagers want a vacation in Italy, but the Betarrini sisters have spent every summer of their lives among the romantic hills with their archaelogist parents. Stuck among the rubble of the medieval castles in rural Tuscany, on yet another hot, dusty archaeological site, Gabi and Lia are bored out of their minds...until Gabi places her hand atop a handprint in an ancient tomb and finds herself in fourteenth-century Italy. And worse yet, in the middle of a fierce battle between knights of two opposing forces.

For starters, there's the witch who tried to poison Kate at the Royal College of Wizards. There's also the man who seems to be spying on Cecelia. (Though he's not doing a very good job of it--so just what are his intentions?) And then there's Oliver. Ever since he was turned into a tree, he hasn't bothered to tell anyone where he is. 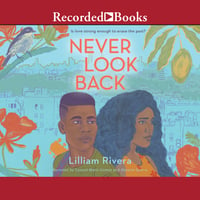 Never Look Back by Lilliam Rivera

Eury comes to the Bronx as a girl haunted. Haunted by losing everything in Hurricane Maria--and by an evil spirit, Ato. She fully expects the tragedy that befell her and her family in Puerto Rico to catch up with her in New York. Yet, for a time, she can almost set this fear aside, because there's this boy...

The Outside of a Horse by Ginny Rorby

Hannah Gale starts volunteering at a horse stable because she needs a place to escape. Her father has returned from the Iraq war as an amputee with posttraumatic stress disorder, and his nightmares rock the household. At the stable, Hannah comes to love Jack, Super Dee, and Indy; helps bring a rescued mare back from the brink; and witnesses the birth of the filly who steals her heart. Hannah learns more than she ever imagined about horse training, abuse, and rescues, as well as her own capacity for hope. Physical therapy with horses could be the answer to her father's prayers, if only she can get him to try... 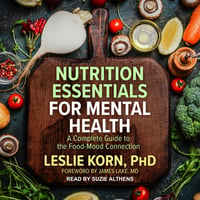 Nutrition Essentials for Mental Health: A Complete Guide to the Food-Mood Connection by Leslie Korn

Diet is an essential component of a client's clinical profile. Few therapists, however, have any nutritional training, and many don't know where to begin. In Nutrition Essentials for Mental Health, Leslie Korn provides clinicians with a practical guide to the complex relationship between what we eat and the way we think, feel, and interact with the world. Nutrition Essentials for Mental Health offers the mental health clinician the principles and practices necessary to provide clients with nutritional counseling to improve mood and mental health. Integrating clinical evidence with the author's extensive clinical experience, it takes clinicians step-by-step through the essentials for integrating nutritional therapies into mental health treatment. Throughout, brief clinical vignettes illustrate commonly encountered obstacles and how to overcome them.