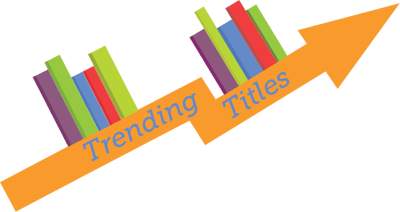 Tweens love listening to stories! These are some of the titles they're into right now. All of these are already streaming, and will be available with your active subscriptions all summer! 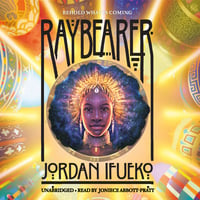 Nothing is more important than loyalty. But what if you’ve sworn to protect the one you were born to destroy? Tarisai has always longed for the warmth of a family. She was raised in isolation by a mysterious mother known only as the Lady. The Lady sends her to the capital of the empire of Aritsar to compete with other children to be chosen as one of the crown prince’s Council of Eleven. If she’s picked, she’ll be joined with the other members through the Ray, a bond deeper than blood. But the Lady has other ideas, including a magical wish that Tarisai is compelled to obey: kill the crown prince once she gains his trust. Tarisai won’t stand by and become someone’s pawn - but is she strong enough to choose a different path for herself? 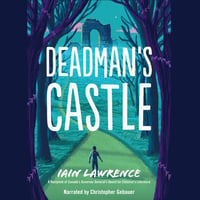 Ever since he was 5, and his father witnessed a terrible crime, Igor and his family have been running from the Lizard Man, a foreboding figure bent on revenge. They've lived in so many places, with so many identities, that Igor can't even remember his real name. He begins to wonder if the Lizard Man exists only in his father's mind... 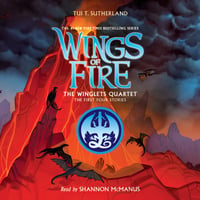 Everyone knows the legends . . . but does anyone know the truth? Fiercetooth, a NightWing obsessed with what could have -- and should have -- been. Deathbringer, desperate to prove himself as the next great NightWing assassin. Six-Claws, a loyal SandWing, who will soon find that loyalty comes with a price. Foeslayer the NightWing, a dragon in love turned kidnapper, and Prince Arctic of the IceWings, a runaway turned captive. In these four short stories, dig deeper into the world of Pyrrhia to discover what really happened.

With the heart-shaped herb thriving, a group of Wakanda's finest engineers working on expanding her dome technology, and the borders more fortified than ever, Princess Shuri can finally focus on what matters most: her training. Soon, a bigger problem rears its head. The princess hears whispers of exceptionally talented young girls across the world going missing. And when this mystery hits home in a way the princess would've never expected, there's no more time for hesitation: There are lost girls out there somewhere, and Shuri is determined not to let them be forgotten. 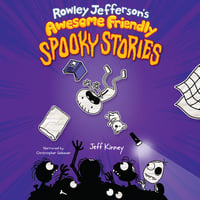 Scare yourself silly! Grab a flashlight, crawl under the covers, and dive into the twisted, unexpectedly hilarious world of Rowley Jefferson’s imagination. You’ll meet zombies, vampires, ghosts, and much more in these comically terrifying tales. Rowley’s spooky stories might leave you laughing, but beware—you could end up sleeping with the lights on! 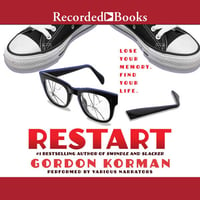 #1 New York Times bestselling author Gordon Korman harkens back to his No More Dead Dogs days in this stand-alone that takes a tone more serious than you've ever seen from him before. A boy who's been a bully and hanging out with the wrong friends gets a new start after a memory-loss-inducing accident. But can someone really change who he is, or will the old him merely come back over time? 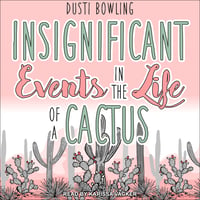 Insignificant Events in the Life of a Cactus by Dusti Bowling

The bestselling middle grade novel about a spunky girl born without arms and a boy with Tourette syndrome navigating the challenges of middle school, disability, and friendship-all while solving a mystery in a western theme park. Aven Green loves to tell people that she lost her arms in an alligator wrestling match, or a wildfire in Tanzania, but the truth is that she was born without them. And when her parents take a job running Stagecoach Pass, a rundown western theme park in Arizona, Aven moves with them across the country knowing that she'll have to answer the question over and over again. Her new life takes an unexpected turn when she bonds with Connor, a classmate who also feels isolated because of his own disability, and they discover a room at Stagecoach Pass that holds bigger secrets than Aven ever could have imagined. It's hard to solve a mystery, help a friend, and face your worst fears. But Aven's about to discover she can do it all . . . even without arms. 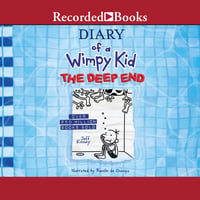 The Deep End by Jeff Kinney

When Greg Heffley and his family hit the road for a cross-country camping trip, they’re ready for the adventure of a lifetime. But their plans hit a major snag, and they find themselves stranded at an RV park that’s not exactly a summertime paradise. Things only get worse for the Heffleys when the skies open up and the water starts to rise, making them wonder if they can save their vacation - or if they’re already in too deep. 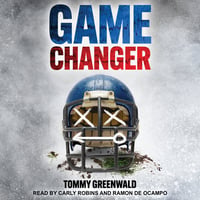 Thirteen-year-old Teddy Youngblood is in a coma fighting for his life after an unspecified football injury at training camp. His family and friends flock to his bedside to support his recovery-and to discuss the events leading up to the tragic accident. Was this an inevitable result of playing a violent sport, or was something more sinister happening on the field that day? Told in an innovative, multimedia format combining dialogue, texts, newspaper articles, transcripts, an online forum, and Teddy's inner thoughts, Game Changer explores the joyous thrills and terrifying risks of America's most popular sport. 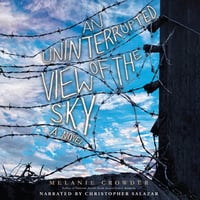 An Uninterrupted View of the Sky by Melanie Crowder

It's 1999 in Bolivia and Francisco's life consists of school, soccer, and trying to find space for himself in his family's cramped yet boisterous home. But when his father is arrested on false charges and sent to prison by a corrupt system that targets the uneducated, the poor, and the indigenous majority, Francisco and his sister are left with no choice: They must move into prison with their father. There, they find a world unlike anything they've ever known, where everything—a door, a mattress, protection from other inmates—has its price. In this heart-wrenching novel, Melanie Crowder sheds light on a little-known era of modern South American history - where injustice still looms large - and proves that hope can be found, even in the most desperate places. 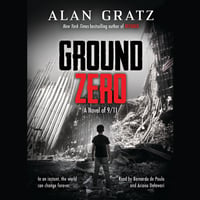 September 11, 2001, New York City: Brandon is visiting his dad at work, on the 107th floor of the World Trade Center. Out of nowhere, an airplane slams into the tower, creating a fiery nightmare of terror and confusion. And Brandon is in the middle of it all. Can he survive -- and escape? September 11, 2020, Afghanistan: Reshmina has grown up in the shadow of war, but she dreams of peace and progress. When a battle erupts in her village, Reshmina stumbles upon a wounded American soldier named Taz. Should she help Taz -- and put herself and her family in mortal danger? Two kids. One devastating day. Nothing will ever be the same.

Ever come across a situation that simply wasn't right-where someone was getting the dirty end of the stick and you wished you could make things right but didn't know how? Fourteen-year-old Jack knows how. Or rather he's learning how. He's discovering that he has a knack for fixing things. Not bikes or toys or appliances-situations . . . It all starts when Jack and his best friends, Weezy and Eddie, discover a rotting corpse-the victim of ritual murder-in the fabled New Jersey Pine Barrens. Beside the body is an ancient artifact carved with strange designs. What is its secret? What is the secret of the corpse? What other mysteries hide in the dark, timeless Pine Barrens? And who doesn't want them revealed? Jack's town, the surrounding Barrens, his friends, even Jack himself . . . they all have . . . Secret Histories.

Blog
Summer Listening Library The Whole Library in Your Pocket