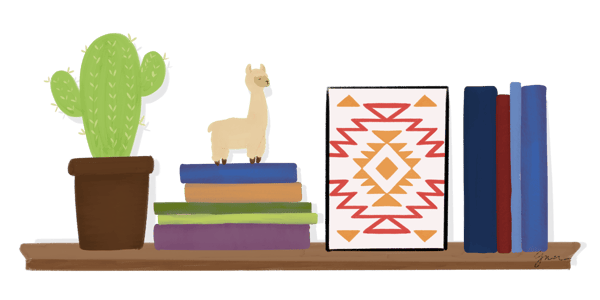 This virtual bookshelf showcases some recent titles in Latinx Literature. For more, visit the Latinx History Subject Area in the browser-based player. Browse Spanish titles by choosing the Spanish language filter in the player. Have a title you'd like to see added? Let us know! 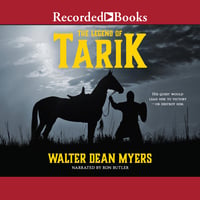 The Legend of Tarik by Walter Dean Myers

After witnessing the annihilation of his people by El Muerte's legions, young Tarik undergoes the training which will enable him to destroy this fierce leader. 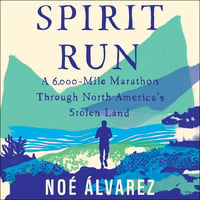 Growing up in Yakima, Washington, Noe Alvarez worked at an apple-packing plant alongside his mother. A university scholarship offered escape, but as a first-generation Latino college-goer, Alvarez struggled to fit in. At nineteen, he learned about a Native American/First Nations movement called the Peace and Dignity Journeys, epic marathons meant to renew cultural connections across North America. He dropped out of school and joined a group of Dene, Secwepemc, Gitxsan, Dakelh, Apache, Tohono O'odham, Seri, Purepecha, and Maya runners, all fleeing difficult beginnings. Telling their stories alongside his own, Alvarez writes about a four-month-long journey from Canada to Guatemala that pushed him to his limits. He writes not only of overcoming hunger, thirst, and fear-dangers included stone-throwing motorists and a mountain lion - but also of asserting Indigenous and working-class humanity in a capitalist society where oil extraction, deforestation, and substance abuse wreck communities. 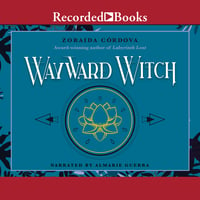 Rose Mortiz has brand new powers that she doesn't understand, and her family is still trying to figure out how to function in the wake of her amnesiac father's return home. Then, on the night of her Death Day party, Rose discovers her father's memory loss has been a lie. As she rushes to his side, the two are ambushed and pulled through a portal to the land of Adas, the fairy realm. There Rose is forced to work with a group of other powerful teens to save Adas. Soon, she begins to discover the scope of her powers, the troubling truth about her father's past, and the sacrifices he made to save her sisters. But if Rose wants to return home so that she can repair her broken family, she must figure out how to heal Adas first. 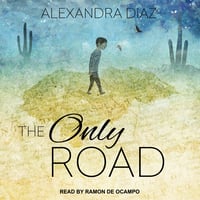 The Only Road by Alexandra Diaz

Twelve-year-old Jaime makes the treacherous and life-changing journey from his home in Guatemala to live with his older brother in the United States in this gripping and realistic middle grade novel. Jaime is sitting on his bed drawing when he hears a scream. Instantly, he knows: Miguel, his cousin and best friend, is dead. Everyone in Jaime's small town in Guatemala knows someone who has been killed by the Alphas, a powerful gang that's known for violence and drug trafficking. Anyone who refuses to work for them is hurt or killed - like Miguel. With Miguel gone, Jaime fears that he is next. There's only one choice: accompanied by his cousin Angela, Jaime must flee his home to live with his older brother in New Mexico. Inspired by true events, The Only Road is an individual story of a boy who feels that leaving his home and risking everything is his only chance for a better life. It is a story of fear and bravery, love and loss, strangers becoming family, and one boy's treacherous and life-changing journey. 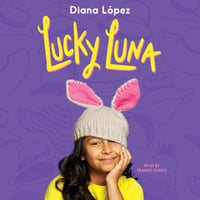 Luna Ramos has too many primas to count, but there's one cousin that's always getting her into trouble, Claudia. After locking her in the bathroom at their other cousin's quinceanera, Luna is grounded for a month. Her punishment? Not being allowed to wear her signature hats, which she uses to hide her birthmark, a streak of white in her otherwise dark hair. The only thing that gives Luna the tiniest bit of satisfaction is knowing that Claudia is also being teased because she has a big nose. Eventually, Luna discovers that Claudia was not being teased after all. Every joke Luna heard was actually directed at her! Luckily, Claudia comes to her rescue, standing up for Luna by telling the other kids to leave her alone. That's when Luna realizes the true meaning of her grandmother's wise advice "blood is thicker than water." She and Claudia may not like each other, but they are still primas. And it's the job of primas to stand up for each other. 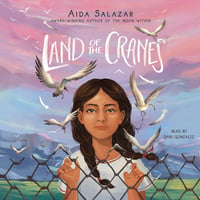 Land of the Cranes by Aida Salazar

Nine-year-old Betita knows she is a crane. Papi has told her the story, even before her family fled to Los Angeles to seek refuge from cartel wars in Mexico. The Aztecs came from a place called Aztlan, what is now the Southwest US, called the land of the cranes. They left Aztlan to establish their great city in the center of the universe—Tenochtitlan, modern-day Mexico City. It was prophesized that their people would one day return to live among the cranes in their promised land. Then one day, Betita's father is arrested by Immigration Customs Enforcement (ICE) and deported to Mexico. Betita and her pregnant mother are left behind on their own, but soon they too are detained and must learn to survive in a family detention camp outside of Los Angeles. Even in cruel and inhumane conditions, Betita finds heart in her own poetry and in the community she and her mother find in the camp. The voices of her fellow asylum seekers fly above the hatred keeping them caged, but each day threatens to tear them down lower than they ever thought they could be. 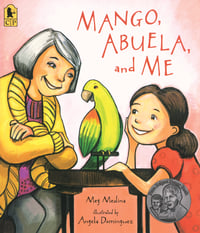 Mango, Abuela, and Me by Meg Medina

Mia is not sure what to think when her Abuela comes to live with her family in the city. They share a bedroom but speak different languages and Abuela is sad about leaving her sunny house with wild parrots in mango trees. How Mia and Abuela develop their relationship while learning to communicate makes for a richly-told, uplifting story that lovingly blends generations and cultures. 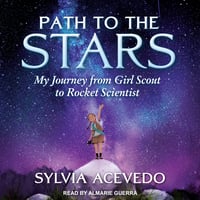 Path to the Stars: My Journey from Girl Scout to Rocket Scientist by Sylvia Acevedo

The inspiring memoir for young listeners about a Latina rocket scientist whose early life was transformed by joining the Girl Scouts and who currently serves as CEO of the Girl Scouts of the U.S.A. A meningitis outbreak in their underprivileged neighborhood left Sylvia Acevedo's family forever altered. As she struggled in the aftermath of loss, young Sylvia's life transformed when she joined the Brownies. The Girl Scouts taught her how to take control of her world and nourished her love of numbers and science. With new confidence, Sylvia navigated shifting cultural expectations at school and at home, forging her own trail to become one of the first Latinx to graduate with a master's degree in engineering from Stanford University and going on to become a rocket scientist at NASA's Jet Propulsion Laboratory.